As the Hajj is winding up and pilgrims are being airlifted back from the Holy Land, the Executive Secretary of Kaduna State Pilgrims Agency, Dr YUSUF YAKUBU ARRIGASIYYU, narrated how the pilgrims were taken care of in the Holy Land and their general behaviour during the Hajj exercise. 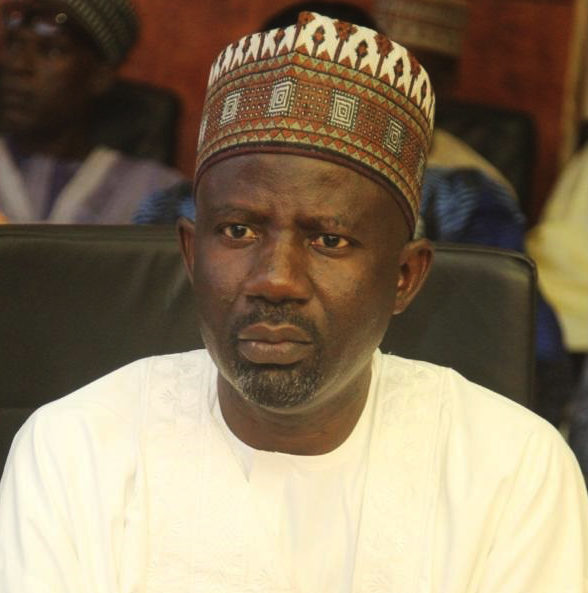 This is the first Hajj exercise since 2019 and it is also your first operation as the Executive Secretary of the Kaduna State Pilgrims Agency. What has been your experience and how would you rate this year’s pilgrimage?

Alhamdulillah. I think, sincerely speaking, we must give glory to Allah and appreciate the Saudi Arabian government. You see, any government that does not put people first in its actions, programmes and activities, that government doesn’t deserve to be called a government. The moment Saudi Arabia heard of the Coronavirus pandemic, because they were concerned about lives and property, they decided to lock down Saudi Arabia completely. And for two years, there was no Hajj for people outside Saudi Arabia, to contain the spread of COVID virus. I appreciate and understand the country’s proactiveness; it’s similar to what happened in Kaduna, where we were also under lockdown for a while due to the efforts of the government to protect the people of the state. This year’s pilgrimage was open to all Muslims, not just those living in Saudi Arabia. Nigeria and other countries were allotted 50% of the number of pilgrims that used to go for Hajj.

I thank the Almighty Allah for making me the Executive Secretary of the remodeled Kaduna State Pilgrims Agency. Many people lobbied for the position, but in His will, Allah decided that I would be the one that His Excellency Malam Nasir Ahmad El-Rufai would appoint. I see this appointment as a challenge. This is because I represent many interests based on integrity. I am a religious and civil society activist, and people would always want to see me doing the right thing as we always propagate. So, the first challenge I foresaw when I was appointed was how I would be accountable, transparent, and ensure that the assignment given to me is carried out without hitches. I pray Allah gives me the wisdom to take this Agency to the promised land, as they say.

Kaduna state was allocated 2,491 seats but like other states across the country, some intending pilgrims didn’t make the journey to the Holy Land. How many pilgrims eventually made it to Saudi Arabia from the state?

Kaduna was allocated 2,491 seats, but there were some additions by the National Hajj Commission of Nigeria (NAHCON); these were people who paid through the Jaiz Hajj Scheme. So in total, we had about 2,600. But what we brought to Saudi Arabia was 2,489. The remaining people couldn’t get visas, totalling 92. So, out of the 2,489 that were brought to Saudi Arabia, one pilgrim died during Hajj.

Besides, some intending pilgrims also died. They paid their Hajj fares and intended to be part of this pilgrimage this year. Unfortunately, even before we started inviting them to the camp for screening, three days before we commenced invitation, two of them died in their homes and not even at the pilgrims’ camp, the airport, or Makkah.

As you mentioned earlier, there were challenges with the issuing of visas and other logistics. How did the agency cope with these challenges?

It was a serious issue; we never foresaw that our pilgrims of that magnitude, would be denied visa, including our officials. We never thought of that because we thought things would go transparently, and those responsible for issuing visa would do their work. Unfortunately, it happened that some of our pilgrims were not issued visas. We suspect foul play, lack of accountability; we suspect lack of supervision or nonchalant attitudes. We would be taking it up with the National Hajj Commission because we would not accept what they have done to us.

What arrangement has the Agency put in place, for those who missed the pilgrimage this year, owing to non-issuance of visas?

They would be among the first batch of pilgrims that would be airlifted in 2023 because we are going to sit with the National Hajj Commission, and they have to pay us back the slots. We would ensure that those who missed this year’s Hajj would not be among the slots for next year; their slots would be an addition. And we would make sure that they are conveyed first to Saudi Arabia before other pilgrims.

When I realized that some intending pilgrims would not get visas, I invited them for a meeting and appealed to them. We informed them of the situation and that it was beyond our capacity and powers. We told them we had done our best, and they also understood with us; none of them was disturbed beyond normal. They all prayed that Allah spares their lives till next year, as we have promised to make them the first pilgrims to be airlifted for Hajj, In Shaa Allah.

Before the airlifting of pilgrims commenced, it was speculated that Kaduna pilgrims were going to be airlifted from Kano airport. Eventually, they were airlifted from the Kaduna International Airport. What measures did you take to make this possible?

Yes, we heard from various media organisations that Kaduna would not airlift their pilgrims from Kaduna. The news was being spread by enemies of peace, enemies of government that did not want to see Kaduna in peace. But Alhamdulillah, when we heard that National Civil Aviation Authority had declared that the Kaduna International Airport would not be used for the airlifting of pilgrims, we sought to know the reasons. They told us that it is insecurity. We argued that there are cases of insecurity all over Nigeria, and that didn’t stop the airlifting of pilgrims in Lagos, Abuja, Borno or any other state.

How would you describe the conduct of Kaduna state pilgrims in Saudi Arabia?

We had spent time, financial, material and human resources, in trying to enlighten and educate our pilgrims right from Kaduna, before leaving to Saudi Arabia. And to the best of my knowledge, these pilgrims complied with all the laws of Saudi Arabia and Hajj regulations. We didn’t have a single complaint of misbehaviour or any wrongdoing among Kaduna Pilgrims. On the other hand, we’ve received praises in terms of money being found and returned to pilgrims. So, this has shown us that the enlightenment, the education, and the sensitisation we give to our pilgrims worked out very well in Makkah. Throughout our stay in Madinah, Mina, and Arafat, we never heard of pilgrims fighting or disobeying instructions; when you ask them to assemble at the mosque for announcements, most time, you see them coming at the right time. So, we thank God for that. Our pilgrims were well behaved, probably the best we’ve had.

There were reports of poor welfare towards Nigerian pilgrims at Muzdalifa, and some complained of inadequate feeding arrangements. Was Kaduna state affected?

Have you identified areas where you can do better in the next Hajj exercise?

We will continue to think of doing better. Starting with the process of conveying the pilgrims from Kaduna to Saudi Arabia, we have been done excellently. It was done systematically, and no pilgrim was left in the camp unattended to. People were only invited when they were scheduled for a flight. So, they only stayed through the night for screening. So, I don’t see where I would say there is an issue. But, you know, when we go back to Kaduna, we would call for a stakeholders’ meeting, where every group involved in the Hajj would be invited to x-ray our activities and see where we need to improve. If we are adjudged good, we will need to improve. Supposing we are said to be very good, we will aim to be excellent. If we are excellent, then we will strive to maintain that excellence. We won’t allow things to go backwards. So that’s what I want to do.

How soon do we expect the Kaduna Pilgrims to be conveyed back home since some states have started airlifting their pilgrims to Nigeria?

The states you are talking about also came before us. We have planned that we are going to start on the 21st of July Inshaa Allah, and we are hoping to conclude the airlifting of pilgrims to Nigeria by 2nd of August. So, our pilgrims will start being conveyed on 21st, and we hope to end by the 2nd of August. If we are late, maybe it can get up to the 5th, But the 2nd of August is our deadline.

-Only 2,489 pilgrims were eventually airlifted to Saudi Arabia because 92 intending pilgrims didn’t get visas;

-An intending pilgrim died during the pilgrimage;

-The airlift was done from Kaduna International Airport, contrary to reports that the pilgrims were conveyed to the Holy Land via Kano airport.