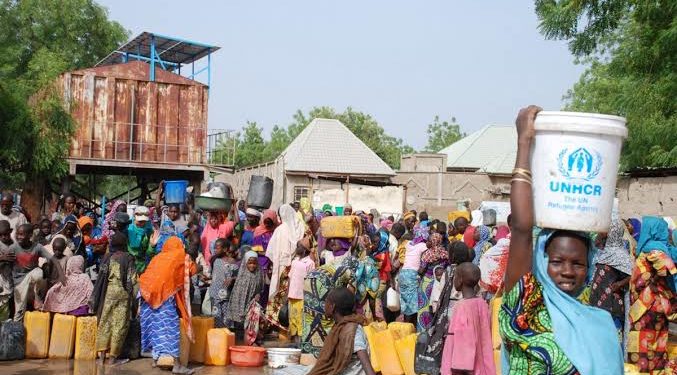 Unarguably, Katsina is one of the states worst hit by the current spate of insecurity which has affected many communities across no fewer than 15 Local Government Areas. Residents of some communities in Batsari, Safana, Jibiya, Kurfi, Dutsinma, Faskari, Kankara, Dandume, Funtua among others, have been contending with harassment from bandits who kill, rape women and young girls, and abduct people for ransom.

We recall that as part of effort to address the scourge, the state government negotiated and offered amnesty to some bandits who claimed to have repented and pledged to lay down arms and discontinue thieving. However, it turned out that the supposed repentance was a ruse as they later returned to the forest and resumed full-scale banditry.

The bandits became so daring that they occasionally stormed areas in Katsina metropolis to abduct residents with the latest incidence of such raid being the attack at Shola quarters behind the Yar’Adua Teaching Hospital-formerly Federal Medical Centre.

The security challenge made it difficult for residents in some communities in the worst affected council areas to live a normal life. Many of them were deprived of their livelihood as they could not go to farms. Some have been forced to relocate and are currently seeking shelter in designated internally displaced persons (IDPs) camps.

Nothing underscored the enormity of the insecurity like the persistent attacks on communities and the presence of IDPs camps in different parts of the state including Jibiya, one of the worst hit local government areas, with a substantial number of those displaced, seeking refuge in Niger Republic and, neighbouring states of Kaduna and Kano.

The Jibiya camp is populated by about 6,000 IDPs from Shimfida, a sleepy community along the Jibiya-Katsina road, which has come under persistent attacks by the terrorists. We observed that persistent attacks forced residents of Shimfida to relocate from the community in search of safety. There are media reports that while about 6,000 of them were resettled at Jibiya, some relocated to communities in the neighbouring Niger Republic.

Five months after their forced displacement, the Katsina State government returned about 12,000 of the IDPs comprising 6,000 each who took refuge in Jibiya and Niger Republic respectively, to their hometown.

There is no contesting the fact that IDPs’ camps are temporary arrangements put in place to address the victims’ need for shelter. It is a given that what is needed is a sustainable solution which includes, among other measures, concrete steps taken to relocate the IDPs to their original homes. It is in this regard that we view the state government’s gesture as laudable.

Fundamentally, the gesture is in line with both Article 28 of the Guiding Principles on Internal Displacement, and the sustained advocacy of the National Commission for Refugees, Migrants and Internally Displaced Persons (NCFRMI), against perpetual stay of IDPs in camps.

For emphasis, the said Article set out the rights of the IDPs to durable solutions, the responsibilities of national authorities, and the role of humanitarian and development actors to assist in ensuring durable solutions.

We believe that the most durable solution available is to ensure safe return of the IDPs to their original abode. Viewed from this prism, the gesture of the Katsina state government is timely and commendable.

The residents of Shimfida are mostly farmers and, more than anything else, banditry has disrupted farming activities in this and other communities there by exposing them to hunger, starvation and poverty. Returning them to their homes, no doubt, provides an opportunity for them to resume their usual economic activities and live with dignity.

However, even as we applaud the state government for returning the IDPs to their original abode so that they can go back to their normal life, it is pertinent to harp on the need for concrete security arrangements to forestall further attacks.

Indeed, this call became imperative taking into consideration the fact that the bandits, from reports of recent incidents of attacks, including the one at Natsinta village close to the 35 Battalion’s barracks, are still terrorising the area.

Perhaps this underscores the need for collaboration from operatives of the different security operatives including men of the Nigerian Immigration service since Jibiya is a border town and may well be susceptible to influx of foreign elements. Now that the IDPs are back home, the government, in partnership with security operatives must guarantee them adequate security or else the essence of their homecoming will be defeated.