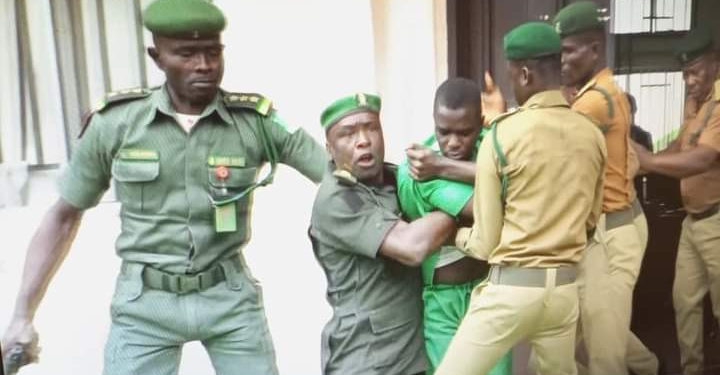 The late Umoren, was murdered April last year in the course of seeking a stop-gap job before proceeding to the mandatory NYSC service. She ended up being lured, raped and killed by the convicted Akpan, using a phoney job offer on social media as a bait.

But when it dawned on him he would be hanged for the crime, he made to escape when escorted from the dock to the waiting van, but was stopped on time by security operatives.

The court also sentenced the accused to life imprisonment in a second charge of rape, while his father, Frank Akpan and sister, Anwan Bassey Akpan, accused as co-accomplices, were freed.

However, In the more than two hours judgement, Justice  Nkanang, held that: “this court has proved beyond reasonable doubts that you ,Uduak Akpan is guilty of murder and you are charged accordingly. You are to die by hanging until you rot away”.

Speaking after the judgement, the state attorney general and commissioner for justice, Mr Uko Udom, expressed satisfaction over the ruling on the matter.

“I thank the presiding judge over the way and manner this matter has been conducted. The judge was able to take a day out, tried the case on a day to day basis and at the end of the day we had a judgement that the justice system works. We are very happy about the outcome of the case,” he said.

Speaking on the next line of action, the commissioner added: “As you can see, the first defendant has been led into custody and the 2nd and 3rd defendant have been discharged and acquitted, we intend as a state to analyze that judgement and see if there are any grouse and take a decision, but the judge has done a good job”.

The defense council, Mr Adulla Sampson, said the whole world was interested in justice on the matter, and “I am happy that justice has been served”.

On whether the judgement would be appealed, he explained that such extra steps were the prerogative of the family of the convict.