by George Okojie and Andrew Ojiezel
in Cover Stories, News
0 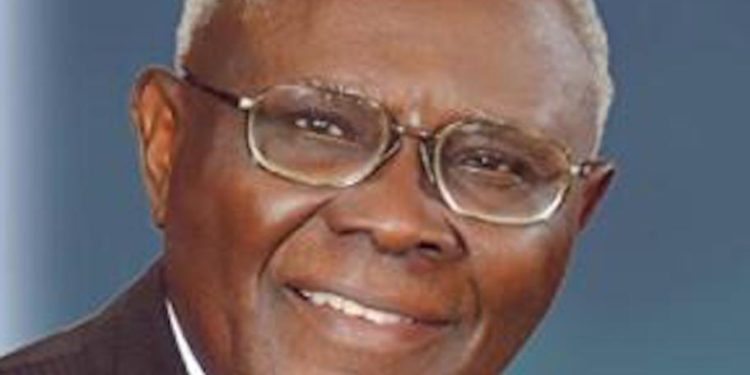 Mabogunje’s daughter and former acting vice-chancellor of the University of Lagos (UNILAG), Akoka, Folasade Ogunsola, who confirmed his father’s death, told journalists in Lagos that the nonagenarian passed on Thursday in his sleep.

Mrs. Ogunsola, a professor of Medical Microbiology, said, “I can confirm it. Baba died in Lagos in his sleep this morning.”

Mabogunje who was an ally of former President Olusegun Obasanjo, was in 1999 elected the first African to be a Foreign Associate of the United States National Academy of Sciences.

It was gathered from reliable sources that Tafa, who became IGP in March 2002 to 2005 and later sentenced to six months in prison in 2005 died in a Lagos hospital.

As of the time of filing this report, the cause of the death of the disgraced ex-IGP who would have been 75 years by August 25th remained sketchy.

He was born on August 25, 1947 at Ila-Orangun in Osun State, Tafa Balogun and was the 21st Inspector-General of Police.

The late Tafa was a member of cadet Assistant Superintendent of Police (ASP) Course 3 and worked in various Police commands throughout the federation.

He was at a time, the Principal Staff Officer (PSO) to former Inspector-General of Police, Muhammadu Gambo, Deputy Commission of Police Edo State, the pioneer Commissioner of Police in Delta State.

He was also CP in Rivers and Abia states.

Tafa, a fellow of the premier highest military institution in Nigeria, the National War College, later became the Assistant Inspector General of Police A.I.G Zone One, Kano, from where he was named the 21st IGP of Police on March 6, 2002.

On April 4, 2005, Tafa Balogun was arraigned at the Federal High Court, Abuja for stealing and laundering of over $100 million in his three years as Inspector General of Police from the Police treasury.

During his trial in the court, the Economic and Financial Crimes Commission (EFCC) under Nuhu Ribadu brought 70 charges against him, covering the period from 2002 to 2004 when he was the Inspector General of Police.

He made a plea bargain with the court in exchange for returning much of the property and money. He was sentenced to six months in jail.

Judge Binta Nyako said her sentence reflected that Balogun was a first offender and had shown remorse. He was directed by the court to pay N500, 000 on each of eight counts totaling N4 million.

His trial was full of drama. One of such was when he collapsed on his seat on June 29, 2005, at the Abuja High Court.