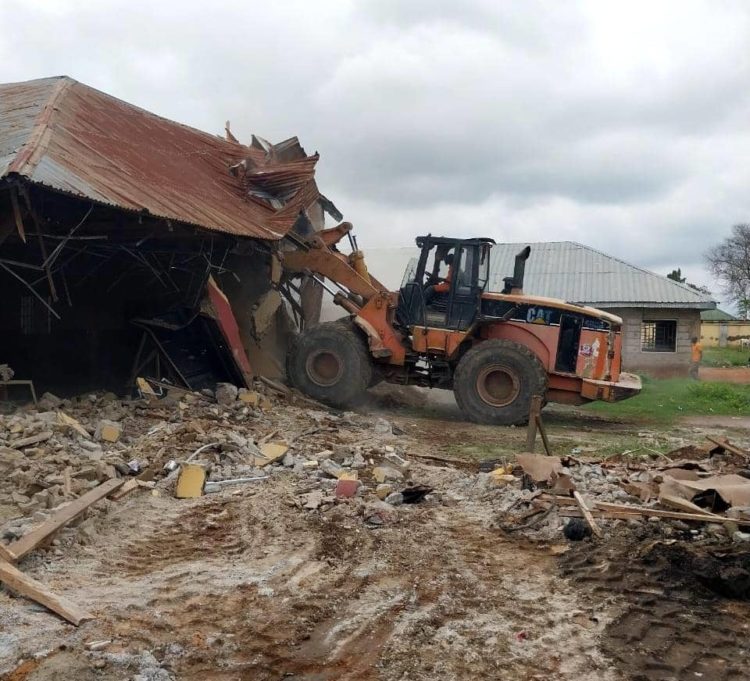 Speaking during the demolition exercise, the General Manager of LASPEMA, Tpl Daisi Oso stated that appeals were recently made and contravention notices served to all owners, occupiers of car lots, shanties and other informal business operators on setbacks along Lekki-Epe Expressway axis, without compliance.

He explained that the encroachment on the Setbacks and Incidental Open Spaces (IOS), which poses serious threats to the safety of lives and properties of citizens and future developments in the state, cannot be overlooked by the state government hence the urgent intervention to restore sanity on setbacks/IOS throughout the state.

“Lekki remains a very critical area and one of Nigeria’s fastest-growing axis, where both government and private sectors are making huge investments. Because of this, the state government will continue to preserve the environment and anything less becomes an irritant because the present government is committed to achieving its T.H.E.M.E.S agenda.”

This demolition exercise will be extended to other parts of the state, especially where infractions are noticed on Setbacks/IOS”, he said.

The General Manager, who expressed dissatisfaction over all illegal structures erected under power transmission lines, insisted that the state government, under any administration, did not issue any approval/permit to occupants of the concerned areas for either business or residential purposes against claims from some quarters.

He noted that the structures demolished around County Estate and Ikota Villa along Lekki Epe Expressway by the officials of the state government were considered to be detrimental to the urban environmental quality of that corridor and many more of such will have to go for the well-being of residents in the state.