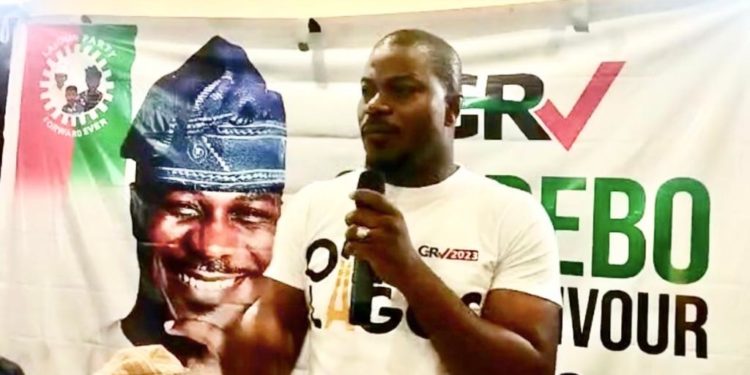 The Labour Party (LP) gubernatorial candidate in Lagos State, Gbadebo Rhodes-Vivour, has declared that if he emerge the next governor of the State, he will ensure that Lagos works for all its inhabitants.

Rhodes-Vivour, a trained architect and a former Senatorial candidate in the State, said Lagos has only worked for a few persons close to power, adding that such was unacceptable.

“We must make Lagos work for the greater majority whether they have access to those in power or not,” Rhodes-Vivour said in a statement.

According to him, the quality of governance that his administration will bring to Lagos will be one which has never been witnessed before.

“People will get value for the taxes that they pay. They will drive on good roads, live in safe neighbourhoods, send their children to decent public schools and enjoy increased wages. It is not rocket science to achieve all these, we are not just going to steal public resources and share what belongs to the masses to friends and cronies,” he added.

Additionally, Rhodes-Vivour assured the leadership of LP and Lagosians generally that his candidacy represents hope for the people of Lagos and that the hardship many have endured would be a thing of the past when the labour Party is elected.

“It is sad that our people spend their entire day in traffic, limiting their productivity. They are even sometimes attacked by thieves and robbers in the traffic with no one to the rescue.

“We will put an end to all of that anguish. And I am not just speaking like a politician would, I am speaking from a place of empathy where I feel what the average person on the streets feels. Their fears and realities, I fully understand. And it is that burden and sense of responsibility that will propel us to deliver for the people,” he said.

Rhodes-Vivour thanked the executives of the party for the warm reception and love he has enjoyed so far and expressed great delight at the quality of people that the party was attracting into its fold.

He added: “this is the only party where politicians care about ideology, where party members are not looking for what to get but where to give. It’s a truly special place to be, and with the movement we see from young people particularly, I’m confident that the Labour Party will occupy Alausa by June next year.”