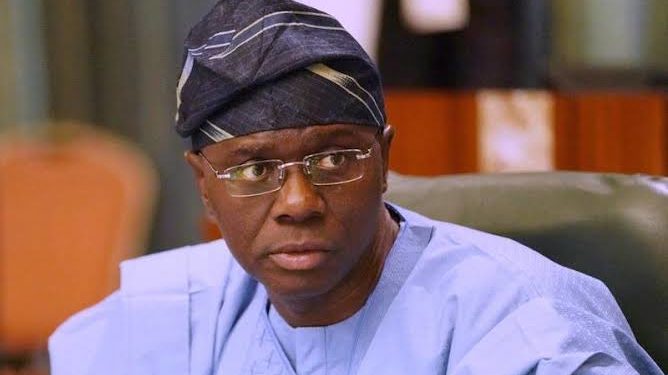 The Lagos State government has expressed its strong commitment to enhancing the agricultural productivity of small and medium-scale farmers as well as improving value addition along the agricultural value chains in line with the core objectives of the Lagos Agro-Processing, Productivity Enhancement and livelihood Improvement Support (APPEALS) Project.

She said: “The implementation of APPEALS project in Lagos State through capacity building and technology adoption support to our farmers has positively increased productivity of rice paddy in the State from 1.5 MT to 2.5 MT / Ha and 2.0 -3.56 MT/ Ha for Ofada and FARRO 44 respectively, Catfish productivity has increased from 100 Kg/ m3 to 151.3 Kg / m3, and in poultry, Broiler has increased from 1.8 Kg/ bird per cycle to 2.5 Kg/ bird.

“The processed output and sales of products for the value chains follow the same trend such that the aquaculture farmers supported by APPEALS project have produced 307.948 MT Fresh Tilapia and are expanding day by day. By virtue of our abundant water resources with as much as 20 percent of the State made up of water, we are a natural hub for aquaculture.

“APPEALS project has continued to promote productivity enhancement technologies and promotion of value addition through demonstration of improved technologies. These have directly been delivered on the Project Development Objective. Most of these technologies were confirmed through administrative data, though an output survey is in the process of being rolled out to confirm the figures.

“I must say that the inclusion of the Women and Youth Empowerment Programme in the design of this project is a novel idea because agriculture offers our people, especially our youths, an opportunity to make a difference, especially through effective deployment of technology in the sector, for improved productivity and the attainment of our food security and safety goals on one hand, and our job creation agenda on the other. I am a strong believer that increased involvement of young Nigerians in agriculture will help tackle various longstanding challenges facing the sector.”

In his address, the National Project Coordinator of APPEALS, Mohammed Jobdi, commended Lagos State Government for its top-notch performance in its implementation of the Agro-Processing, Productivity Enhancement and livelihood Improvement Support (APPEALS) Project.

The Task Team Leader of the World Bank Mission to Lagos, Dr. Adetunji Oredipe, hailed the Lagos APPEALS Project’s commitment to farmers in the State, noting that the implementation of the project in the state had really improved the livelihood of women and youths as well as enhancing outputs in the agricultural value chain.

The Lagos State Project Coordinator of APPEALS, Mrs. Oluranti Sagoe-Oviebo, commended Governor Babajide Sanwo-Olu’s administration’s commitment to improving the livelihood of farmers in the State through agriculture, adding that the State Government has been of tremendous support for the implementation and success story of APPEALS Project in Lagos State.