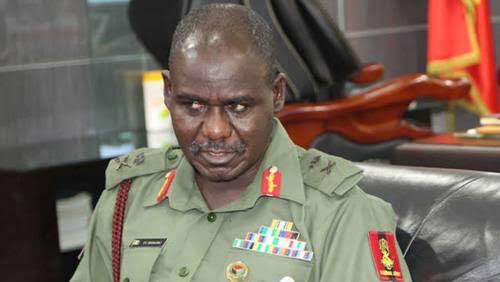 The Olowu of Kuta kingdom, Oba Hammed Adekunle Makama, has said the orchestrated attempts to smear the image of former Chief of Army Staff, Ambassador Tukur Yusuf Buratai through campaigns of calumny is highly regrettable and will fail.

Addressing newsmen in his palace yesterday, Oba Makama posited that those who failed to achieve their pull down syndrome when Buratai held sway as Chief of Army Staff were behind what he described as ‘media terrorism’ against Buratai.

It would be recalled that Buratai was last week alleged to be the owner of a house in Wuse, Abuja, where operatives of the Independent Corrupt Practices and Other Related Offences Commission (ICPC) raided and recovered huge cash and other luxury items.

Oba Makama, however, said those behind the attack on the person of Ambassador T.Y Buratai went for blackmail after several unsuccessful attempts to get him removed from office as Chief of Army Staff before his due time.

His words:”Let it be known that we have credible information that several faceless NGO (Non Governmental Organisations) have been paid to embark on a campaign of calumny and destruction against the person of Buratai.

“The misinforming reports, I stand to confirm, is purely malicious and another fabricated tale published to tarnish Ambassador Buratai’s brilliant image. But, this too has failed, because the ICPC’s official public statement has confirmed that Buratai has no link with the said property or the cash and other items found in the building.”