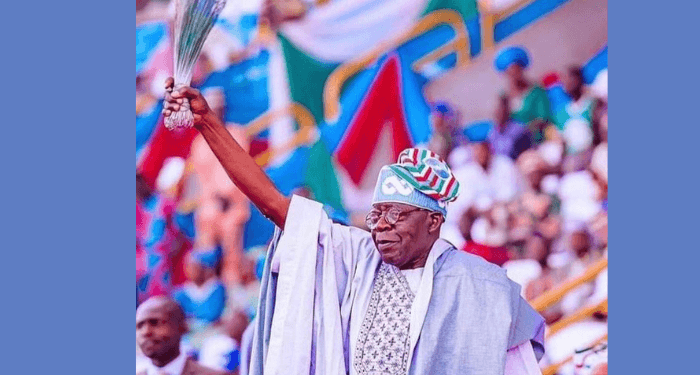 A group of lawyers under the aegis of Lawyers Network For Bola Ahmed Tinubu (LANBAT) 2023 has pledged their support for Asiwaju Bola Tinubu presidential ambition.

The group noted that they decided to support Tinubu ambition and work for his success because of his antecedents when he was Lagos State governor, adding that Nigeria required a leader that is efficient and effective to move the nation forward.

Addressing journalists on Tuesday in Lagos, the convener of the group Dotun Ajulo, said the forthcoming 2023 general election is the future of the nation, saying the lawyers came to the conclusion after series of meetings and retreats across the six geo-political zones of the country that, the past is a story told, while the present is under-study.

“We as a coordinated team of over one million Nigerians have decided to be very proactive with our decisions towards shaping the future 2023.”

He said after arising from their last meeting held in Osun State they discovered that as lawyers, their place in the society wield so much influence and they decided to harness the enormous influence and transfer it into a national agenda to promote, integrate and achieve national goals and development via the engagement, mobilization and conscientisation of all Nigerians to vote enmasse for a Nationalist, patriotic, selfless and an astute socio-political engineer in the person of Asiwaju Bola Ahmed Tinubu in the 2023 and that is their ongoing single agenda.

According to Ajulo in arriving at the choice of Bola Ahmed Tinubu,” We have considered and evaluated him with other major contenders for presidency and we realised that his mien, disposition and patriotism placed him above others. Based on his antecedents, which his opponents admit,” he said.

Ajulo added that LANBAT shall engage in vigorous campaign for Tinubu throughout the country and ensure it sells his candidature to every sector in the country.

7 Incredible Health Benefits Of Strawberries And Why You Should Eat More... Click Here For Details
Tags: LawyersTinubu
SendShareTweetShare
Previous Post