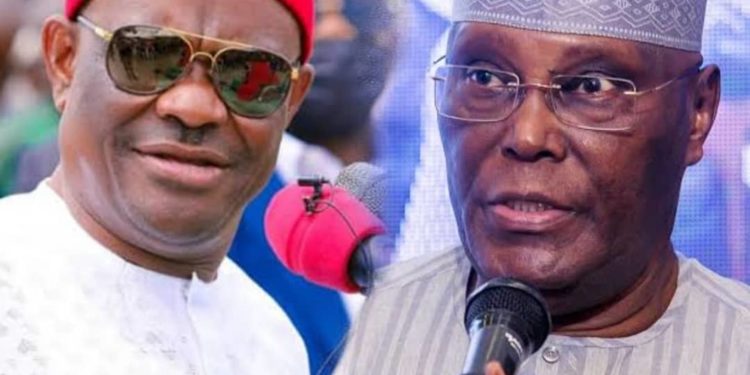 A chieftain of the All Progressives Congress (APC) in Rivers State, Eze Chukwuemeka Eze, has called on State governor, Nyesom Ezenwo Wike, to leave the presidential candidate of the Peoples Democratic Party (PDP), Alhaji Atiku Abubakar, out of his political woes.

He described the governor’s current political ordeal as recompense and obvious effect of karma – a force considered as affecting ones life triggered from their previous actions.

Eze, in a statement made available to LEADERSHIP in Port Harcourt, the Rivers State capital on Thursday, said at some point in one’s life, reaping what you sow becomes inevitable.

The APC chieftain Eze said in 2013, 35 governors went into an election to elect the chairman of the Nigeria Governors Forum (NGF). 19 governors voted for a former Rivers governor Rotimi Amaechi while 16 voted for a former Plateau governor Jonah Jang, adding that the then President Jonathan recognised Jang, accusing Wike of celebrating what he called an evil act.

He stated that Wike in the same year inspired five legislators loyal to him in the Rivers State House of Assembly to attempt to take over a House of 32 members with a view to impeaching Governor Amaechi, saying five became greater than 27.

Eze acded: “One  year after some PDP Governors including Kwankwaso, Nyako, Saraki, Mu’azu Babangida Aliyu and others came to Port Harcourt to sympathise with Amaechi over his ordeals in the hands of Jonathan and Wike, Wike influenced his boys to stone hell out of these highly placed governors.”

7 Incredible Health Benefits Of Strawberries And Why You Should Eat More... Click Here For Details
Tags: Wike
SendShareTweetShare
Previous Post