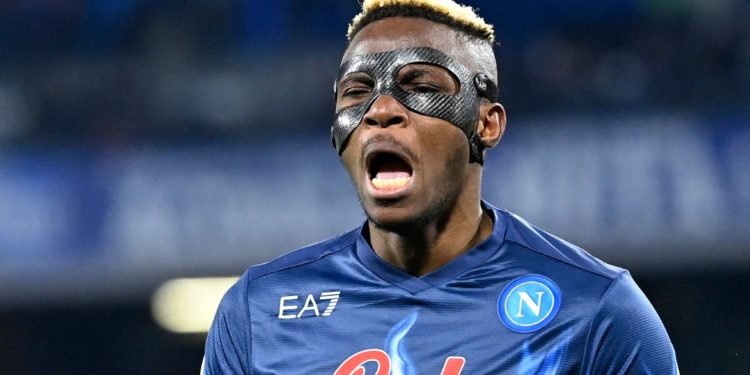 The Red Devils are looking for attacking reinforcements following the departure of the likes of Edison Cavani, Jesse Lingard and Juan Mata.

Talismanic hitman Cristiano Ronaldo has also allegedly told the club he wants to leave the summer.

Osimhen has also been linked with a move away from Napoli following his goal scoring exploits.

The Nigeria international found the back of the net on 18 occasions in 38 games for Lille, in addition to registering six assists, before arriving at Napoli in September 2020.

Osimhen has netted 28 goals and registered nine assists in 62 outings for his Italian side, and a number of clubs have been linked with his services this summer.