by Agency Report
in Columns
0 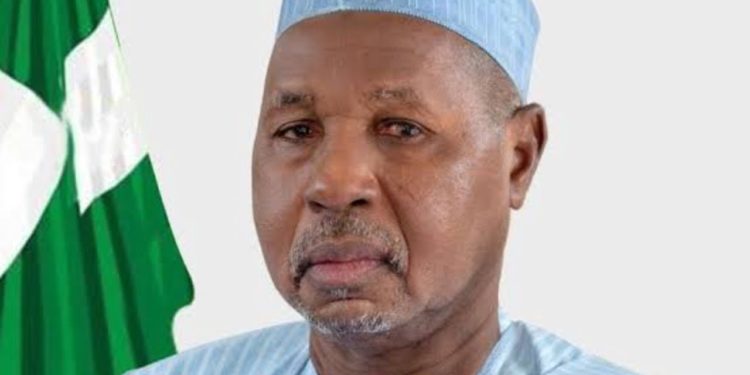 Having inherited a state rated as one of the poorest economically and most educationally backward in the federation, its administration, despite facing a lot of challenges due to paucity of funds, was still determined and succeeded in turning the fortunes of the state around for the better.

Interestingly, the provision of qualitative education is one of the cardinal objectives of its administration, given to the numerous interventions in the sector, which are extremely visible in primary and secondary schools across the state.

In terms of infrastructural development, Governor Masari launched the renovation and construction of 39 new classrooms in Secondary Schools across the three senatorial zones. The sum of N4,958,772,772.61 was expended on the rehabilitation and upgrading of schools.

This is in addition to the 55 secondary schools the government had rehabilitated as a result of rain storms damaging some school structures.

Seven new Secondary Schools were constructed across the state to the tune of N1,094,324,466.51. They are located at Kaita, Musawa, Kasanki, Faskari, Kadisau and Gora Yam’mama.

The government also completed the construction of 135 new offices, 532 others were fully rehabilitated and made functional, and constructed about 932 toilets in primary schools across the state.

There are also 18 science and technical vocational schools which have also been given attention, 13 of these schools were completely rehabilitated and upgraded at the cost of N3 billion.

In the area of student welfare the present government has indeed performed remarkably well, it purchased about 30,448 three-seater at the tune of N561,376,000.00 and distributed them to students of secondary schools in the state.

However, due to the serious and prompt attention given to the education sector, the state has witnessed over 70 per cent record of its performance from its inception in 2015.
From 2015 to 2021, a total of 475,988 sat for SSCE Examinations (WAEC, NECO, NABTEB, NBAIS) out of which 354,610 obtained 5 credits and above in any subject (74.49%) and 227,620, scored 5 credits in Mathematics and English inclusive, that is 63 per cent.
While the previous administration from 2007 to 2014, only 79,044 candidates obtained 5 credits in any subject in a total of 417,576 students that sat for SSCE examinations. It was only 19 students out of 100 that obtained 5 credits.
Also, the introduction of a new cash transfer programme for out-of-school children and Almajiri, in collaboration with UNICEF and Qatar foundation tagged “Educate a Child Cash Transfer Programme” through female caregivers.
The programme aims to reduce the number of out-of-school children and increase the enrolment of students in public schools across the state. About N333 million was disbursed to 20,802 beneficiaries in the state. These comprised of 11,000 males and 8,000 females, in addition to 5,551 Almajiri pupils in the state.
The state government under the Adolescent Girls Initiative for Learning and Empowerment (AGILE), has also embarked on the construction of 150 additional new secondary schools across the state. These include 90 Junior Secondary Schools and 60 Senior Secondary Schools in the state.
The programme which is in partnership with the World Bank, is aimed to ensure access to education and retention of students to complete secondary school. The government is also taking measures to address low transition among students through the establishment of 68 Pilot Junior Secondary schools in 68 primary schools across the state, to reduce the stress faced by students on distance.
The government has also prioritised the welfare of workers, having inherited a stagnated workforce in the educational sector. In a case where teachers remained in a level for 10 years without promotion, but with the coming of the government, it has promoted about 1100 primary and secondary school teachers.
It also recruited 2,000 new teachers for primary and secondary schools and another set of 5,000 more were also being recruited under the State S-Power Programme. Both primary and secondary school teachers were engaged in a series of capacity-building organised by the Katsina State Government in collaboration with other developed partners.

In the area of payment of teachers’ salaries, welfare packages, promotions, infrastructural development, and other packages, the government has been prompt and up to date.
More so, the administration is in the process of converting a substantial number of teachers on the S-Power programme to permanent and pensionable appointments to teach at the proposed new secondary schools.

The State Universal Basic Education Board has also witnessed some significant achievements through the UBE State Special Interventions fund from 2015 to 2018. A total of 1,308 new classrooms were constructed and 1,309 rehabilitated, totaling about 2,717 classrooms. These in extension to 8-storey buildings which were upgraded, 84 boreholes were drilled, 376 offices were built and 376 stores were also constructed in the primary schools across the state. A total of N13,043,517,756.67 was used for the provision of the infrastructures in terms of classrooms, toilets and stores. There is also the construction of 1,108 toilets across the primary schools in the state, the sum of N1,867,445.00 was spent to provide 93,291 three-seater tables and benches in addition to the ones provided in the construction of new classrooms.

On the whole, in the last six years, the State Universal Basic Education Board had spent a total sum of N2,153,112,114.95 for the procurement of instructional materials.
Under the department of higher education, the Masari administration from the year 2015 to date, has spent a total sum of N7.32 billion on the provision of infrastructure and services to the four-state-owned tertiary institutions, as well as provide scholarships to Katsina State indigenes studying in various higher institutions of learning in the country.

The administration has been committed to developing the education sector through the implementation of various programmes and projects, in partnership with development partners from within and outside the country.