by Leadership News
in Entertainment, News
0 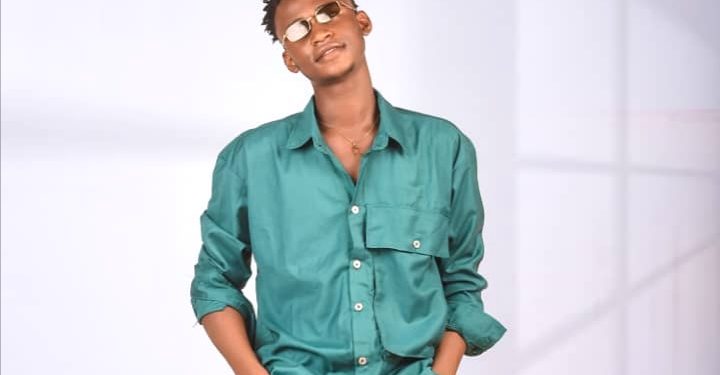 The evolution of the social media has changed a lot of narratives around talented people across the world, especially the generation Z, coupled with the level of competition in the Nigerian music scene, mostly in the afrobeats genre.

Isaiah Omoniyi Oluwatobiloba, better known by his stage name, Icepondis, is a Nigerian singer, songwriter and record producer. His face is already on the digital space, but just making his way into the Nigerian entertainment scene.

He is an Afrobeat artiste, with a unique and engaging sound that is heavily influenced by the likes of Fela Kuti and Wizkid.

Speaking to journalists recently on how he got his stage name, Icepondis said, “I used to go by the name Icebeatz when I first started, but I decided to change it to Icepondis due to controversy that there are a lot of singers and producers with the same name.”

Icepondis hails from Ore town in Ondo State. He attended Community High School in Ore before beginning his musical career. Icepondis is the first child of his parents. He lost his mother in a car accident a year after he finished his high school, and he couldn’t afford to continue his education as his mother was the one that provided for the family of four before she died.

“Losing my mom almost broke me, being the eldest of her four children to my father. I had to look after my siblings while trying hard to get people to listen to my demos and mixtapes, I finished high school but couldn’t further my education due to financial issues. My father has another wife and children, so I decided not to put pressure on him and focus on my music,” he explained.

Icepondis started out as a DJ (Disc Jockey) and used to play at a nightclub before finding his calling in music as a singer and record producer in 2017. He released his debut EP “Good Vibe” in 2020, then “Sade” in the same year and in 2021 he has released two singles “Nitro” and “Blessed” and a featuring “My Life” which charted #49 on Nigeria iTunes.

Icepondis started his own record label “Africa Boyz Records” to push his music brand and few consistent and talented artistes he has worked with that couldn’t afford to push their music.

“Seeing and working with so many consistent and talented upcoming artistes on the streets of Lagos and Ore, which the world haven’t get a chance to listen to, make me unhappy. It a total waste seeing them keep the song at home with no proper release and promotion and so I started a music group to help few artistes with that. Later, I decided to make it official and turned the group to a label,” he added.

His music has been described by fans as catchy, engaging, and unique enough to grab any music lover’s attention. Describing his process, Icepondis said, “After I record a song, and when I’m playing it back, I turn up the volume, I turn off all the lights, I lay on the floor in the studio and close my eyes; I love to feel the vibration of the music. It’s spiritual.”