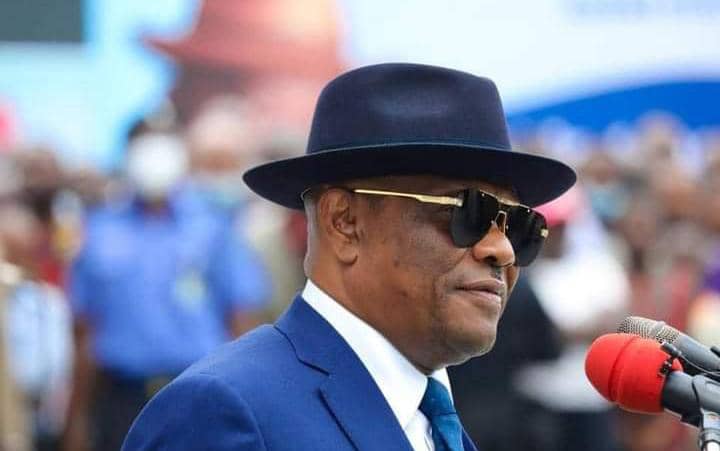 Mimiko made the statement when he performed the flag-off of construction work for the dualisation of Azikiwe-Iloabuchi Road in Mile 2 Diobu, Port Harcourt yesterday.

“Beyond the self evident physical transformation. You (Wike) have stood as a bulwark against those sworn to emasculating the main opposition party, all in their bid to force a one party state down the throats of Nigerians.

“You were at one point virtually a one man countervailing force, defending and protecting our dear PDP. You have also, through bold legal challenges, deepened the national consciousness on the defects in the running of our defective federal system.”

The former Ondo State governor said he was sure that Wike will remain committed to the struggle to entrench a true federal system that will engender real development across all ethnic nationalities, across all religious persuasions in Nigeria.

He pointed to the urgent need by all well meaning Nigerians for national unity which is the required impetus to effectively confront the intractable security and economic challenges.

“Your Excellency, our party, the PDP, a party for which you have laboured so much, seems saddled with the historical duty of forging this unity, a unity premised on truth, equity and justice, a unity upon which rescuing Nigeria from the far from satisfactory performance of the past seven (7) years will be built.

In his speech, Wike noted that elders of the state like Chief Azubuike Nmerukini and Austin Opara, mounted pressure on him to intervene on the road being flag-off.

He said it will be the last of such projects to execute within the Port Harcourt metropolis because in keeping with his promises of restoring the Garden city status, every road has been reconstructed.

Wike explained that 80 percent of the contract sum has been paid to the contracting firm, Julius Berger, because the project was billed for completion in six months.

The governor also assured that issues about compensation of property marked for demolition would be paid in good time so that nothing will interfere with the stipulated completed time.

“Let me tell the people here, we have paid Julius Berger Nigeria PLC 80 percent of the contract money. Julius Berger is owing us now. So, it is not a question of coming here to tell you that we will do this road and at the end of the day we don’t do it.

“I want to say the money for the compensation is ready. As I go back now, I will treat the file and those whose houses are affected must be paid before Monday 15th August 2022.”

Wike emphasised that politics for him is about accountability to the people, which is why his administration is using Julius Berger Nigeria PLC which is noted for quality and long lasting work.

He said when completed, the road and the street lights that will be installed will enhance economic activities and improve the value of property in the area.

The governor said: “Because you voted for us, we too will work for you by providing basic infrastructure. That is what politics is all about. It is about talking and doing, not giving excuses.

“No right thinking person in this State would want to mingle or identify with such people that would make promises without fulfilling them.