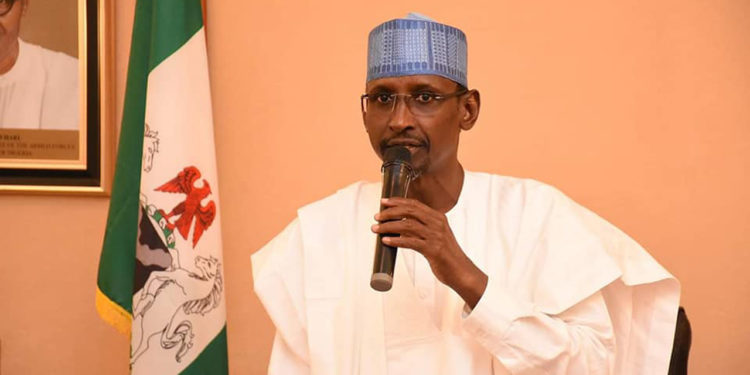 The minister who made this commendation during a luncheon he held with Enforcement Commanders and Heads of Operations of Security Outfits and FCT Agencies at his official Life Camp Residence, also charged them to continue to do their job without compromise.

Bello, who noted that the enforcement commanders had the complete support of the FCT administration while discharging their responsibilities also reaffirmed that the FCTA will remain steadfast and resolute  in enforcing city laws and will resist any form of interference or pressure to bend the rules.

The minister who also reiterated that the FCT is a creation of law and the rule of law will apply in all circumstances, charged them to carry out their assignments diligently.

Also, the FCTA permanent secretary, Mr. Olusade Adesola, while thanking the FCT Minister for the support granted the enforcement teams said, “I saw the report of someone that sank a borehole on the walkway. In the past years, that operation would have gone unnoticed. The people that would even go there would have compromised and the work would be completed.

“But I saw our gallant officers, both the civilians and the force men, all of them there. Not only that they stopped the work, the deputy director from the AEPB said this person would be prosecuted. This is how it should be and we thank you for the assurances of your support.”

He equally charged them to carry out their assignment within the ambit of the law saying, “we still have a lot to do and the Minister has given us the backing. What he has always said is make sure you do it according to the law. Do not do anything out of vendetta.”

Earlier in his remark, the senior special assistant to the FCT Minister on Monitoring, Inspection and Enforcement, Mr. Ikharo Attah, also thanked the minister for providing the necessary backing and leadership.

Also speaking, the Deputy Commissioner of Police (Operations) Mr Ben Igweh, who is the overall  field commander of the various enforcement teams, pledged the commitment of the field officers to  ensuring that the objectives of the FCT Administration are met at all times and encouraged his men to  be fearless in the course of their duties.

Institute To Honour Buhari, Others On Agric Devt, Sustainability