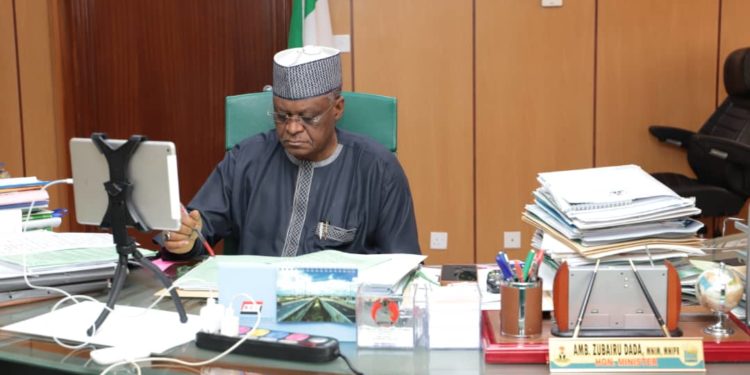 The Minister of state for Foreign Affairs, Ambassador Zubairu Dada has facilitated the donation of food and other items worth millions of naira to the Internally Displaced Persons (IDPs) camps in four local government areas of Niger State who were displaced as a result of the banditry activities.

The items which were in continuation of humanitarian effort of the Minister in collaboration with the National Emergency Management Agency, NEMA were presented to IDPs Camps in Shiroro, Rafi, Munya and Paikoro Local Government Areas of Niger State.

Presenting the items to some of the beneficiaries in Gwada IDP camp, Ambassador Zubairu Dada, represented by his Special Adviser, Dr. Abdullahi Bala Isa said the aim of the gesture was to reduce the hardship faced by the IDPs due to displacement.

In a press statement by his Special Assistance, Ibrahim Aliyu, the
Minister commended the IDPs for their Patience assured them of the Federal Government ‘s commitment to ending banditry and other criminal activities across the country.

He Promised to continue to provide every necessary support to them and the people in general.

The Head of Operation of the National Emergency Management Agency, NEMA in charge of Niger and Kwara States, Hajiya Zainab Suleiman Sa’idu appreciated the Minister whom She said contacted the agency for the humanitarian support.

She therefore assured the beneficiaries of justice in the distribution of the items.

Speaking on behalf of the four benefiting local government areas, the Council Secretary of Shiroro Local Government, Mr. Adamu Kefas thanked the Minister and NEMA for the gesture.

He however, called on the Federal Government to deploy more security to the affected areas to curb the activities of bandits and allow the Displaced Persons to go back home especially now that farming activities is commencing.