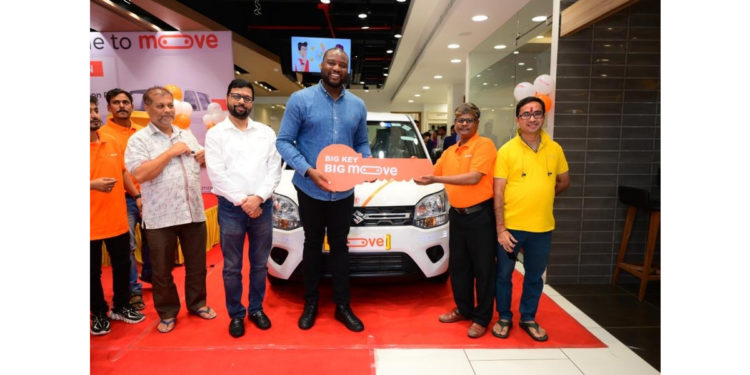 Moove, the world’s first mobility fintech and Uber’s largest vehicle supply partner in Europe, Middle East and Africa (EMEA), has announced its launch in India as a part of its global expansion.

In what will be one of Uber India’s largest vehicle partnerships, Moove will be launching 5,000 Electronic Vehicles (EV) and Compressed Natural Gas (CNG) vehicles within the first year, with plans to scale to 30,000 over the next five years, creating sustainable employment opportunities in a rapidly developing economy.

Half of the world’s 1.1 billion gig workers are denied access to financial services and lack access to credit because traditional banks rely on historical data to underwrite their loans.

In emerging markets across Africa and Asia, poor credit penetration is restricting the ability of millions of people from buying new vehicles, India has extremely low vehicle ownership with less than 25 per 1,000 people compared to Europe where it is over 600 per 1000 people.

Founded in 2020, Moove is now bringing its impact-led model to India, its first expansion outside of Africa, as part of its mission to close the finance gap for mobility entrepreneurs globally.
Similar to sub-Saharan Africa, Moove’s innovative model will help thousands of drivers return to work, by putting 5,000 vehicles on the road within the first year, with the intent of scaling to 30,000 vehicles and becoming Uber India’s mega-fleet partner across 300 cities over the next five years.
Moove aims to be a global leader in the electrification of ride-hailing and mobility with a commitment to ensuring that 60 per cent of the vehicles it finances globally are hybrid or electric.
Co-founder and Co-CEO at Moove, Ladi Delano, said: “as our first global expansion outside of Africa, launching in India is a very special moment for the whole Moove team. We are excited to be expanding our revenue-based vehicle financing model to enable the sustainable creation of jobs across the country, where there are some of the lowest vehicle ownership rates in the world, in part because of the lack of access to credit. We are delighted to be expanding our Uber partnership to solve this problem for our new customers in India.”
Regional GM for South Asia at Moove, Binod Mishra, said: “we’re looking forward to working closely with the Uber India team to roll out Moove’s innovative platform, starting in Mumbai, Hyderabad and Bangalore, and scaling up to many more cities over the next five years.”
Director, Business Development, Uber India South Asia, Abhilekh Kumar, said: “this partnership is aimed at enabling access to vehicles among mobility entrepreneurs at a time when capital availability is the key issue. The Moove team has created an innovative “rent to own’’ model that can fundamentally transform vehicle ownership in the country.”