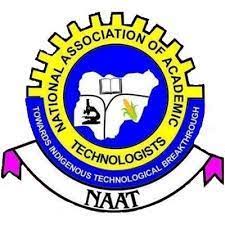 The leadership of National Association of Academic Technologists (NAAT) yesterday said it will resist any attempt under any guise to introduce disparity in salaries of universities workers.

The association said such attempt by the Professor Nimi Briggs Committee will have its ripple effects by solving a problem and creating multiple hydra-headed additional problems of restiveness, resistance and deep rooted further struggles.

NAAT is among the four university based unions who are currently on strike on issues that bordered on non full implementation of the 2009 FGN/NAAT agreement, the refusal to release the enabling circular for the implementation of CONTISS 14 & 15 for academic technologists, non payment of the arrears of earned allowances to its members, non conclusion of the 2009 FGN/NAAT agreement re-negotiation and non provision of funds for upgrade of public universities laboratories/workshop and studios.

Adressing journalists in Abuja, NAAT national president, Comrade Ibeji Nwokoma disclosed that the Nimi Briggs Committee has never negotiated issue of salaries and allowances of its members in all they meetings held and therefore will be immoral to award any percentage increase in salary or allowances to members of NAAT unilaterally.

Comrade Nwokoma insisted that Nimi Briggs committee must reconvene and conclude the re-negotiation process with its union to adopt a more robust approach to the re-negotiation, as the committee had been slow and looked spineless in its ability to take decisions on behalf of the government, adding that all negotiations shall be based and anchored on principles of collective bargaining as contained in the International Labour Organisation (ILO) Convention 98.

He said, “NAAT rejects any action that negates the principles of collective bargaining as it concerns current and any other struggle especially as it relates to salaries and allowances… and will resist any attempt under any guise to introduce disparity in salaries in the universities.

It is also important to remind government and the general public that the strike action embarked upon by NAAT is legitimate having complied with all laid down procedures and in line with ILO Convention 87, therefore, the stoppage of the payment of our salaries and allowances is unlawful, draconian and contravenes the international best labour practices.

7 Incredible Health Benefits Of Strawberries And Why You Should Eat More... Click Here For Details
Tags: NAAT
SendShareTweetShare
Previous Post