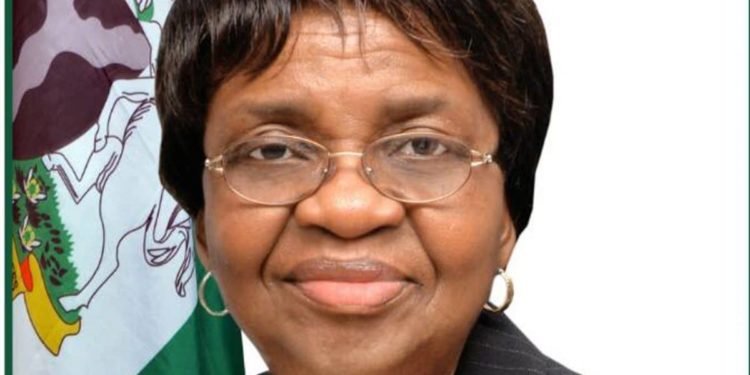 The outbreak of the Coronavirus (Covid-19) in 2020 stretched scientific research efforts worldwide to the very limit. Most developed countries, with their advancement in medical sciences, were caught napping by the devastation caused by this virus that brought the international community to a standstill, literarily. There was the problem of understanding the nature of the virus so as to know how to manage its effect on humans.

The challenge it posed, however, brought out the best in humanity as a whole. It also gave rise to a kind of unprecedented response that checked its spread even if the virus itself, in its mutating form, still presents itself as a source of worry.

Many nations are encouraging local efforts to combat the virus and its impact on the health system, applying remedies that take due advantage of local resources that conduce to the people’s cultural and traditional peculiarities. Nigeria, through the Central Bank of Nigeria (CBN), intervened by making available large sums of money for research and development in the area.

It is within this context that we express our reservation over the position of the National Agency for Food and Drug Administration and Control (NAFDAC) on the herbal medicine (IHP Detox) for Covid-19 developed by an internationally renowned Professor of Pharmacognosy, Professor Maurice Iwu. The former Chairman of Independent National Electoral Commission (INEC) is presently the Chief Executive Officer of Bioresources Development and Conservative Programme.

In rejecting the herbal remedy, NAFDAC said that it was the only authorised agency by law that is allowed to make any pronouncement on safety and efficacy of all regulated products with satisfactory scientific evidence (clinical trial). That, certainly, is not under any contention. The concern is that considering the tardiness the country’s bureaucracy is notorious for, or for that matter, the unhealthy nuances within that official set up, the sample may either not see the light of day as urgently as it is needed or it may become an unnecessary subject of controversy that may kill it altogether.

It is with this in mind that this newspaper is compelled to recall that the nation has been through this path before. Just immediately after the civil war, cholera was ravaging the then East Central State which was just emerging from a 30-month war that left all infrastructure in total dilapidation. A professor of Medical Microbiology at the University of Nigeria Teaching Hospital (UNTH), Enugu, Professor Augustine Njoku-Obi, went to work in his laboratory and in no time came out with an anti-cholera vaccine.

The same way that NAFDAC is trying to shoot down Iwu’s product was how some characters in the Federal Ministry of Health colluding with the then powerful Lagos -Ibadan press discredited Njoku-Obi’s scientific effort. A sample he submitted was allegedly tampered with on its way to the World Health Organisation (WHO) for verification. Of course, it failed the WHO test.

Undeterred by the vile propaganda that had ethnic coloration attached to it, and certain about the efficacy of the product of his scientific effort, Njoku-Obi went ahead to use the vaccine on his own people in the state and it was effective in the control of the water-bone disease.

Curiously, in our view, years later, another country had a cholera experience and WHO referred them to Nigeria. Professor Olikoye Ransom-Kuti was the Health minister at the time. He, in turn, referred that country to the same Professor Njoku-Obi and his product earlier rejected by health authorities in Nigeria. The  made-in-Nigeria vaccine became that foreign country’s saving grace in the fight against cholera.

We are persuaded to make this reference and wonder why there is this tendency to look at everything Nigerian with disdain and suspicion. Most of the early vaccines used in Nigeria against Covid-19 were donated from abroad. Most of them were made in India. They were actually celebrated as God’s gift to the nation and an answer to the rampaging virus. The authorities were eager to welcome such product which, in some cases, had reached their expiry date without as much as subject them to the same perceived meticulous examination as similar products by Nigerian scientists.

For the avoidance of doubt, we are by no means suggesting that standards should be compromised to satisfy whatever local sentiment at play. Our argument is that Nigerian scientists deserve to be given some measure of credit for their anxiety to contribute to national development from their own perspective.

Anyone reading the NAFDAC denial of Iwu’s detox will have the impression that it is poison on the prowl. It hardly recognises, let alone acknowledge the fact that someone’s intellectual acumen ought to be given some credit and respected before rushing to subject same to undue ridicule in the guise of protecting imagined public interest.