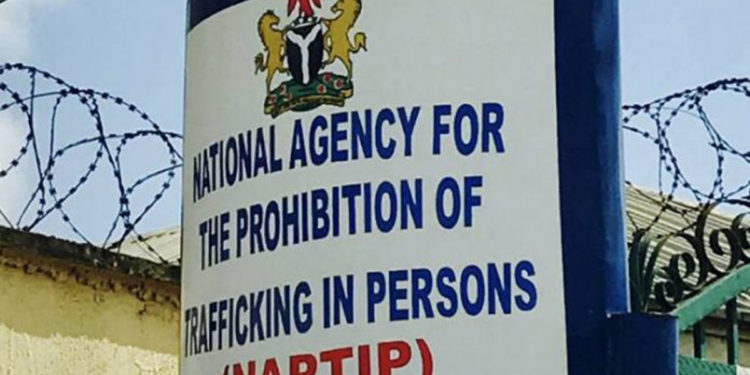 The National Agency for the Prohibition of Trafficking in Persons (NAPTIP),premiered a film in Abuja, titled “Pound of Heart” on the plight of victims of trafficking.

Speaking to newsmen after unveiling the film, the Director-General of the agency, Dr Fatima Waziri-Azi, said that the film was released in celebration of the 2022 World human trafficking day which held on Saturday,July 30.

The day is observed annually on July 30 to raise awareness about human trafficking and to promote and protect the rights of trafficking victims.

The day was established by a United Nations resolution and first observed in 2014.

Waziri-Azi said that NAPTIP would partner with sister agencies, CSOs and NGOs to move the film into YouTube channels where Nigerians can watch.

”With this film, many Nigerians particularly young ones who are desirous of going abroad for greener pastures by whatever means will learn a lesson of two.

“We hope to reach millions of people every day with the message to that they should be vigilant.

“We are hoping when schools resume, we will have the opportunity to show this movie to them.

“Just like what was shared during the panel discussion, you find people trafficked out for cultural purposes, sporting activities underlining the reasons why they are taken out of the country, including for the purpose of organ removal.

She said NAPTIP has not recorded any case targeting punishment for organ trafficking/harvesting but called on Nigerians to caution in order not to fall, victim.

The director-general stated that NAPTIP has speculations about organ trafficking and that a lot of families had come to report issues to the agency, but the agency was still doing an investigation about that.

She added that on organ trafficking, the agency would need to do an autopsy report to be sure that what was alleged was the real sense of the crime, and to have evidence in what the agency do.

Waziri-Azi who described poverty as the root cause of migration in whatever form, called on Nigerians to always asked questions whenever they are been promised of travelling overseas.

She admonished them to always get the right information before they embark on such a journey.

7 Incredible Health Benefits Of Strawberries And Why You Should Eat More... Click Here For Details
Tags: NAPTIP
SendShareTweetShare
Previous Post