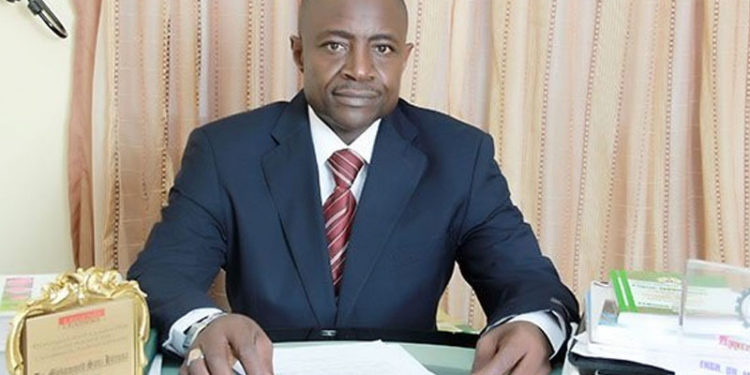 Executive vice chairman and chief executive of the National Agency for Science and Engineering Infrastructure (NASENI), Prof. Mohammed Sani Haruna, has declared that the only way to industrial and technological growth of the Nigerian economy is through Research and Development (R&D).

Haruna asserted that any investment by government which fails to address these particular elements in national plans and programmes would make successive development agenda pale into insignificance.

The NASENI boss said although such key areas had been neglected in Nigeria, technical and vocational education sector of the country must get the government’s attention if Nigeria must attain technological development.

He spoke in Kaduna yesterday at the commissioning of a lecture theatre named after him by the management of Kaduna State Polytechnic at the institution’s College of Business and Management Studies Campus.

Haruna remarked that many of the technical and craft schools which existed before were no longer in existence, a situation he said, was unhealthy for a country striving to develop technologically.

On the way forward, Haruna appealed to the government to pay more attention to funding research in the industrial and technological sector.

He commended the administration of President Muhammadu Buhari for the unequalled commitment to shore up the research and development sector towards freeing the nation’s economic direction from over dependence on importation, by putting homegrown industrialisation on track.

He acknowledged that “the government today is paying due attention to the development of science and technology sector by putting more funds in infrastructure, training, capacity building and research”.

Haruna who remarked that the outcome of government’s efforts on funding research and development would be felt soon, said, “For example, I Will tell you that my agency had existed for 32 years, with funding mechanism in the past which was never implemented until the present administration.”