Urges Buhari to inaugurate substantive board 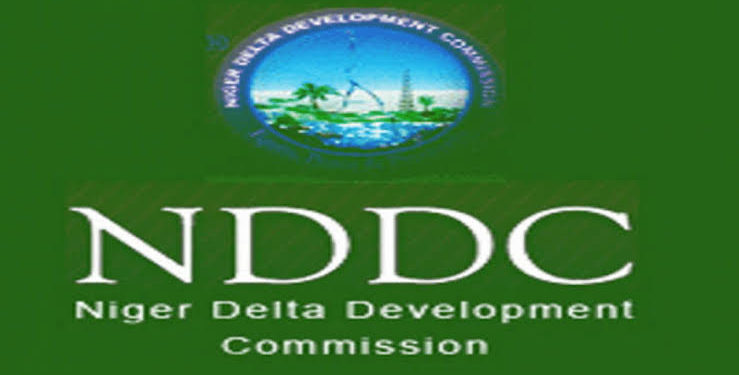 Elder statesman and leader of the Pan-Niger Delta Forum (PANDEF), Chief Edwin Clark, has called for the immediate inauguration of a substantive board for the Niger Delta Development Commission (NDDC) in compliance with the law establishing the Commission, warning that the people of the Niger Delta region will “sternly resist any attempt to appoint another interim administrator for NDDC based on ongoing speculation in that direction.”

Playing host to Niger Delta leaders in his residence in Abuja on Tuesday, Pa Edwin Clark recalled that when President Muhammadu Buhari received the leadership of Ijaw National Congress (INC) in Abuja on June 24, 2021, he said that the Board will be inaugurated once the forensic audit report was submitted.

According to President Buhari, ‘‘based on the mismanagement that had previously bedeviled the NDDC, a forensic audit was set up and the result is expected by the end of July, 2021. I want to assure you that as soon as the forensic audit report is submitted and accepted, the NDDC Board will be inaugurated.”

The report had been submitted to the President since September 2, 2021, however, he is yet to inaugurate the board, according to the elder statesman.

Chief Clark, therefore, said: “May I use this medium to kindly appeal to His Excellency, President Muhammadu Buhari, to please, as a matter of importance and urgency, inaugurate a substantive Board for the Niger Delta Development Commission (NDDC) in accordance with the Niger-Delta Development Commission (Establishment etc) Act, 2000, No. 6, Laws of the Federation of Nigeria.”

According to him, the non-inauguration of a board was affecting the duties of the Commission, and the people of the Niger Delta region.

The PANDEF leader insisted that the yearning of the people of the Niger Delta region is for the Federal Government to inaugurate a substantive Board for the interventionist agency because “any other agitation, especially from some greedy and self-centred persons, for Mr. President to appoint another interim administrator (or Interim Management) will be resisted because there are rumours of some persons making moves for the appointment of another interim administrator (or Interim Management) for the NDDC.

“If this is true, it will mean that it will be the fourth time an interim administrator/Interim Management will be appointed (in three years), in total violation of the Act setting up the commission. This is an aberration. The people of the Niger Delta have been patient and understanding enough.”

Chief Clark admonished that “as President Buhari ends his tenure, we plead and wish that the cordial relationship which has been established out of very deliberate and concerted efforts, should not be truncated. We plead with him not to listen to the selfish demands of a few individuals who want to continue to despoil and milk dry the Niger Delta region. My simple message to His Excellency, President Muhammadu Buhari, is for him to, without delay, inaugurate a substantive Board for the NDDC, in line with the Act setting up the Commission.”

The elder statesman also called on the federal government to make the forensic audit report on the commission public to enable Nigerians to know those who are complicit in its mismanagement.

He lamented that contract awards in the commission have been determined by notes from the Presidential Villa, Abuja and federal government agencies, noting that the law establishing the commission has been bastardised.

He alleged that politicians have used the NNDC to enrich themselves, warning that “enough is enough,” noting that the people of the Niger Delta have benefited little or nothing from a body that is set up to develop the region, because of outside influence, whereby award of contracts and making of payments are directed by notes from the Villa and from federal government agencies.

Chief Clark, therefore, appealed to President Buhari and the Federal Government to comply with the law without further delay and inaugurate a substantive board of NDDC to guarantee equitable representation of the nine constituent states.