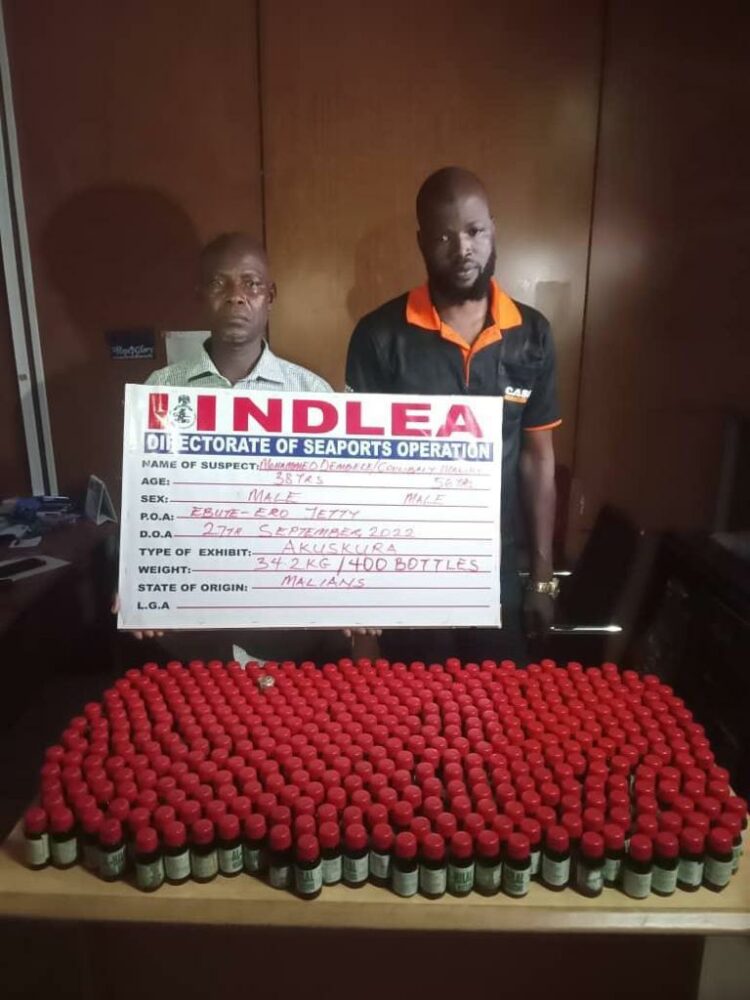 The National Drug Law Enforcement Agency (NDLEA) has arrested an ex-footballer, Okafor Emmanuel Junior, at the Murtala Muhammed International Airport, Ikeja, Lagos, on his arrival from Sao Paulo, Brazil via Addis Ababa, Ethiopia on board an Ethiopian airlines flight with 1.40kg crack cocaine concealed in his bags.

NDLEA spokesperson, Femi Babafemi, said the 33-year-old indigene of Arochukwu local government in Abia State, was arrested on Monday, September 26, 2022 after anti-narcotic officers discovered he concealed the illicit substance in the handles of his bags and padded the top edges of same with the class A drug.

The NDLEA further said during preliminary interview, Okafor said that he was an ex-footballer with the University of Nigeria Teaching Hospital (UNTH) Enugu FC, where he played for four seasons before leaving for Sri Lanka in 2014. 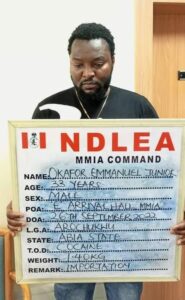 Also, two Malians: Mohammed Demoele, 38 and Coulibaly Maliki, 56, have been arrested by officers of the Marine Unit of NDLEA at Ebute Ero jetty in Lagos for attempting to export 34.2kg bottles of new psychoactive substance (Akuskura) to Mali through Cotonou, Benin Republic.

Also, another Brazilian returnee, Ibeh Chinedu Damian, was arrested same day upon his arrival at the Lagos Airport from Sao Paulo, Brazil via Ethiopian airlines flight.

Ibeh who hails from Ahiazu, Mbaise local government area of Imo State, was found to have concealed 3.20kg black cocaine popularly known as Lucci in false bottoms of his two bags.

The NDLEA said, in his statement, Ibeh said he was to be paid N3,100,000 on successful delivery of the drug in Nigeria.

In the same vein, attempt by a 32-year-old businesswoman, Mrs. Pamela Odin, to traffic 2.150kg tablets of rohypnol through the Nnamdi Azikiwe International Airport (NAIA) Abuja to Istanbul, Turkey, has been thwarted by NDLEA operatives.

The mother of one was arrested on Friday September 23 while attempting to board a Turkish airline flight with the drug concealed inside pepper and packed among foodstuff.

The indigene of Afiesere village, Ughelli North local government of Delta State, said she operated a restaurant in Istanbul, Turkey but came to Nigeria to see her relatives and buy food items for her restaurant business.