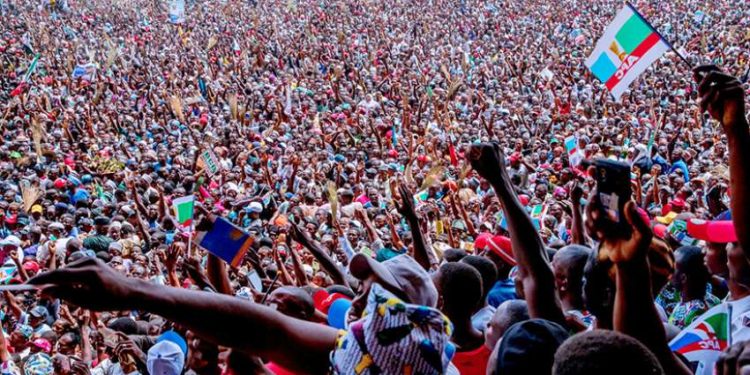 The much-anticipated 2023 presidential election is taking shape as political parties’ candidates emerge. Virtually all the major parties have picked their presidential standard bearers for the contest which is poised to be the most critical in Nigeria’s history yet.

Indeed, Nigeria has never been so divided along ethnic and religious lines. This is coupled with an aggravating security crisis amid an unhealthy economy. These have been agreed to by many contestants in next year’s elections and also by pundits.

In other critical sectors like education and health, the situation isn’t any better with prolonged strikes by lecturers affecting students’ academic programme and by implication, their future. This is even as covid-19 pandemic and other epidemics challenge the nation’s fragile health infrastructure.

While the power grid collapses at will, making power supply a luxury, Nigerians seem to have adjusted to queuing at fuel stations and not even the Federal Capital Territory (FCT), the seat of power, is spared of this embarrassing scenario. Overall, the social system is in a state of flux with an increasing crime rate.

These troubling realities make the forthcoming general elections a defining moment for the country which, in turn, raises the need for a thorough and insightful search for who will preside over the affairs of the country after President Muhammadu Buhari-led administration.
Of course, this search has since begun for the political elite, hence the intra-party tussle for the party ticket. Although it was a party affair, Nigerians witnessed how aspirants seeking to govern the country crisscrossed the country talking to their delegates, no, buying them over

Nevertheless, the campaign so far has been dominated overwhelmingly by money for vote and ethnic parochialism of sorts. Although we are not unmindful that that the stage of the campaign is more of an appeal to party members to support their emergence as candidates to fly the party flag, there is a concern, rightly so, that the campaigns for the office might follow the same pattern.
For one, the cash for vote syndrome during the primaries gives a clear inkling of how far some aspirants, especially in the big parties, are willing to go to secure votes in the election. Same is the case for those who campaigned to their party delegates either on the basis of ability to win votes based on geo-politics or on the notion that it is their turn to be president.
Evidently, the political leaders who ought to be elite in the sense of showing a higher sense of political culture, are instead, exerting effort at espousing the basest politics of selfishness with little or no regard for the broad implications of short to medium and long-term actions.

As a paper, we are appalled that the political class seems to fiddle like Nero while Rome burns. A look at the polity today shows a near failing state whose socio-political systems and cultures are collapsing hard and fast.
Sadly, it is not just about the political class. The “masses”, as they are called, comprising the broad spectrum of Nigerians who make up the electorate, are complicit.

These are same persons who partake in the infamous “cash for vote” affair. They are those who choose to look the other way as members of the watch dog institutions, refusing, for whatever reason, to hold the political class to account. They are also the delegates who showed far more patriotism to the foreign currencies than to the country.
Still, this newspaper has every cause to believe that all is not lost. Some candidates have displayed flashes of genuine desire for a better Nigeria even though we believe it is far from what is desired or desirable.

In this campaign season, we hope to see robust engagements among the candidates on the specifics of addressing the challenges we face. Of course, the problems we face in the country are already well known. Unlike the past, we don’t expect to see candidates give superficial explanations to the issues or romanticise the problems for cheap sound bites.
Gratefully, in our opinion, the political demography has broadened appreciably in the last two decades with more young persons willing to engage the political space. Yes, they might be more of social media citizens than the real world, yet they were able to largely attract much attention with the EndSars protest which we believe sent a clear signal to the political class that all may not remain the same for long.
It is pertinent to point out that every election is a referendum and 2023 will be a critical one. Not for the reasons some politicians have said it is. It will be a referendum on whether Nigerians are ready to mak e the necessary sacrifices to have the kind of leadership that they yearn for, a leadership that will guarantee a better future not for them alone but for their children and posterity to bear witness. Or a continuation of the pervasive shame and sham.