Prince Adewole Adebayo is the Social Democratic Party (SDP) presidential aspirant. In this interview, he explains what Nigerians must look out for before electing who directs the affairs of the country for the next four years. 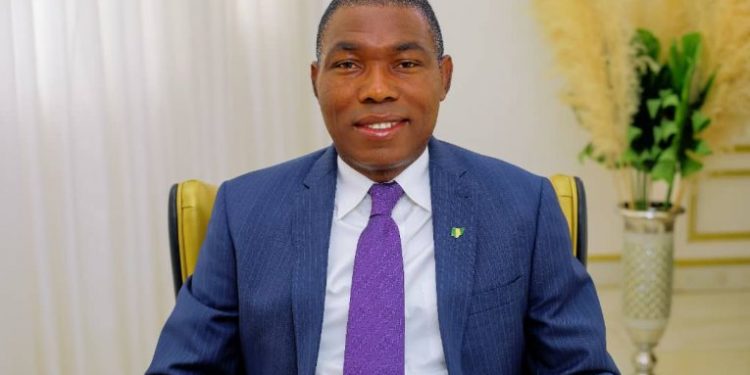 There was voter apathy during the last general election, what would you advice as to voter education?

What we need first is truth. We tell a lot of convenient lies. The people who steal elections are not illiterates. They are not people in the rural areas. Our poverty is not the cause. The first person was most likely to steal a vote are party officials, they are well to do. You will see a national chairman of the political party who has all kinds of bulletproof vehicles donated to him by people gunning for election. in any of the parties, its the governor who funds the party. Are you saying a typical national chairman, national secretary, auditor, all these people in the party organizing secretary are illiterate and poor? No. Now the next set of people are delegates, the typical delegates is not really that poor.

So many of them are statutory delegates, some of them are former governors and senators and all of that. So, it is just that they are dishonest people. It is as simple as that. They are greedy and disloyal to the country or they don’t understand or they don’t believe in democracy. Its just a business for them. If the people in the rural areas can be hungry for four years, they can be hungry for one day. If a person is hungry for four years, after the last election, then how much will they collect in one day? So I think it’s just a general lack of commitment to it. However, hungry people are they fast, even the poorest fast. On top of that, they use their money to go to religious locations for prayers, nobody pays them to go there. And when they are leaving some religious beliefs, they still drop some offerings or zakkat or something.

I think what we should do is to make people in Nigeria to understand that the governmental system we are running is equally as important and that you can make sacrifices for it as a you make sacrifice for all other things in your life, including your religion and making sacrifice for your children. So if you collect 5000 Naira from the person who stole it, because you want to vote for them or you collect $1,000 or more or less from a politician because you are a delegate, you cannot say when you get over N80billion is missing that God punish the N80billion thief when part of the money has come to your hand. I have heard people say collect the money and vote your conscience. You don’t have a conscience once you collect the money. You cannot say let me be the receiver of the stolen goods, keep it and tell the police I saw the thief walk by, the thief will say I kept part of it with you. Those who say Nigerians are too poor to vote right. No, inspite of how poor they are, they are making a lot of decisions.

There have been allegations of delegates receiving money in exchange for votes. What are the consequences of this on who emerges as the party standard-bearers?

It is unfortunate. I want to be president. I have studied documents about how processes work. In a country like Nigeria, I have seen serious life and death decisions, good or bad decisions, serious consequences following such decisions. If you are going to be president of Nigeria, you have to think about 3000 or so decisions a week for four years. And if you have two terms, you will take eight years. So, if a president gets 90 percent of those decisions right, will you not say he has tried? But that leaves you with 300 errors every week, each of which can cost lives, ruin fortunes or cause chaos. So in that situation, you want to improve on it and see that the president gets 99 percent right. So I will be working towards that when I am the president without wasting time or delay. My convenant with God is to have 99.9 percent of my decisions right.

The issue is this. If the president or governor or a legislator gets 99 percent of their decisions right, you will know that this person is actually very good person. But if you get 99 percent of your decisions right, I will take 3000 decisions every week. You must make 30 mistakes a week which means that the president makes like five mistakes a day which can cost lives. It could be that he forgot to approve payment into the hospital. It could be that you have appointed a wrong person who stole a lot of money. He could be that he didn’t secure an infrastructure, a rail line as a result, lifes were lost, people are kidnapped, that one error can cost lives.

Can this philosophy of yours happen in Nigeria any time soon, judging by the kind of political leaders today?

Yes, it can happen immediately. For example, who knew that young boys and girls who grew up in Lagos could stand in front of the police, army and even teargas, some even lost their lives in the process and still others came out the next day. So I think that Nigerian politicians tend to run away from their responsibilities and say that people are not ready. The people are ready only that the people are too smart that they don’t want to be fooled. If anybody is saying people are not ready where were they in 2014 and 2015 when people were trekking miles just to listen to candidate Muhammadu Buhari, people were in tears as if he was a rock star, there would be rally in Bauchi, people would walk all the way from Jalingo, no transport, they would still find their way there. If he is coming at 5pm people would be there by 5am.

So you think that things will change with the 2023 election?

The game will change. There are two factors to consider; if the media follows issues. But there is a period in the life of a nation especially at this critical period where every liberty we have is at stake where even the liberty and right of the press is at stake, where the economic continuity of the republic is at stake. This is where the media comes in, analysing issues, and monitoring people who are talking wise things that people can learn from. Anywhere in the world where a person declares that he or her wants to be president, the media follows that person; it questions and researches the person’s background, as well as confront the person at every juncture. If the media does not do that, voters are denied denied the right to know the person, especially whether or not to to reject the person.