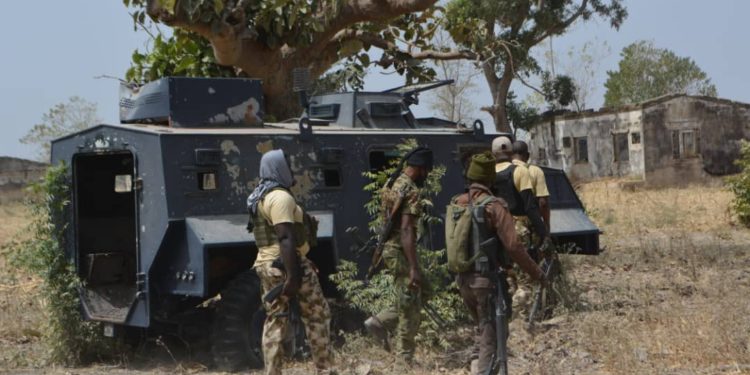 The Special Adviser to Governor Samuel Ortom on Security Lt. Col. Paul Hembah who disclosed this while briefing newsmen in Màkurdi said on Tuesday in Utange council ward of Kastina-Ala, troops of OPWS and community volunteer guards on a patrol encountered some bandits and in a gun duel, and killed two of them.

“The bandits on a reprisal attack on Wednesday attacked a volunteer guard who was on patrol and killed him. On Thursday troops on patrol encountered the bandits in Utange council ward and in a gun battle three were killed,” he said.

Hembah said bandits in the area had formed an alliance with some armed herdsmen to use their camps as shields especially when the pressure is on them from security agencies, and they sometimes attack and flee to Taraba State.