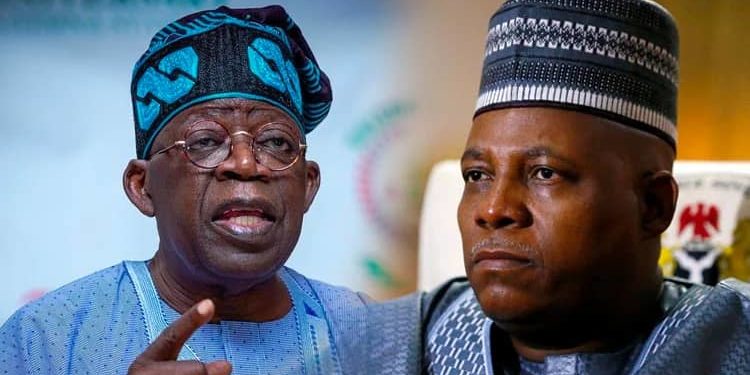 Christian youths from the North Central zone of Nigeria have protested over the Muslim -Muslim ticket of the All Progressives Congress (APC) ahead of the 2023 general election.

In the protest which was held at the Jubilee Hall Central Area Abuja, the youths carried placards with inscriptions such as, “Unity of Nigeria in our mind,” “If we are not competent now, we can’t be competent after election,” “Muslims and Christians are one. Do not divide us.”

Other placards also had some inscriptions such as: “Religion matters in our national lives,” “Our PVC, Our Power, don’t dare us,” and “You need us, don’t pretend. Just do the right thing.”

Speaking to journalists, the leader of the Christian youths under the auspices of Youth Wing of the Christian Association of Nigeria (YOWICAN), Owoyemi Alfred Olushola said they totally reject the Muslim -Muslim ticket and called on political parties to always do the right thing at all times.
“Beloved Nigerians, we are all aware that in the past weeks, the Nigerian mainstream media and the general public have been occupied with the discussions on the Muslim-Muslim ticket by the All Progressive Congress (APC), one of the political parties in the build-up to the 2023 general elections.
“These discussions have further snowballed into heated debates across the length and breadth of our great and beloved country Nigeria.
“The Youth Wing of the Christian Association of Nigeria (YOWICAN), having written an open letter to that effect initially, in further steps also invited you here to restate the stand made by the National CAN and many other Christian bodies to condemn and reject any presidential ticket in totality that lacks religious balance.
“We clearly want to emphasize that this is not healthy for the highly diversified Nigerian space, especially in the face of the growing and alarming insecurity in our nation at the moment,” Olushola said, adding that any well-meaning presidential candidate must focus on the all inclusive federal character.
“Consequently, the Nigerian Christian youth are not unaware of the division and tension currently overheating an already heated polity in Nigeria and, therefore, will not support any action or decision capable of further aiding and setting this nation on fire.
“Muslim-Muslim presidential ticket insults the sensitivity of Nigerians and the Christian youths are saying a big no. While we appreciate and recognize that candidates of political parties have the right to present their choice candidates, for national interest, the parties should be sensitive and do everything humanly possible not to create or endorse any perception that could create division amongst Nigerians.
“Accordingly, the YOWICAN calls on all peace-loving Christian youths and their counterparts in other faiths not to allow themselves to be bought over or cajoled into accepting decisions that are not for the unity and progress of Nigeria for peanuts.
“Besides, every youth is called upon to register and get their PVCs and mobilize peers to be ready to come out en masse to vote against divisive combinations of any party to enthrone a government which unites the country and restores peaceful coexistence,” the youths added.