Norwegian Firm Raises $74m For Solar Projects In Nigeria, Others

by . and Chika Izuora
in Business
Reading Time: 2 mins read 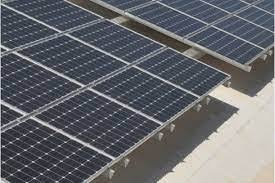 A Norwegian solar development and investment company, Empower New Energy, has entered into an understanding that will accelerate the raising of about $74 million from a consortium led by Climate Fund Managers to develop solar projects in the Africa C&I sector.

The partnership will develop, finance, own and operate an initial 150MW of solar projects over the next three years.

Norfund is investing $12.5 million in this capital raise and in addition, the investor consortium is joined by Janeiro Energy AS, an investment company partly owned by Svein Harald Øygard, a profiled Norwegian economist and investor.

In addition to the equity capital, the consortium will aim to raise debt, enabling Empower to invest a minimum of $100 million over the next three years. This will enable the company to develop, build, own and operate more than 150 MW of solar projects (including batteries) for commercial and industrial users in Africa, avoiding 200,000 tons of CO2 and generating more than 240 GWh of solar PV electricity on an annual basis, and creating or protecting approximately 15,000 jobs.

Empower New Energy raised its first capital of $7.9m in 2019 and has so far carried out 8 solar investment for industrial and agricultural off-takers in Nigeria, Egypt and Ghana.

It has also signed contracts worth more than $30m with other off-takers in Nigeria, Egypt, Morocco and Ghana.

Empower and its investors have agreed to earmark 1 per cent of the revenues generated by the projects for a community development programme, focused on projects that can deliver high impact in socially disadvantaged communities in targeted markets.

The International Energy Agency has estimated that the capital costs of investing in clean energy in sub-Saharan Africa can be more than five times higher than in the USA and Europe. Renewable energy projects tend to be smaller in Africa than in other parts of the world. This creates prohibitively high transaction costs.

“In large parts of Africa, companies tend to pay 25-50 per cent more for electricity than elsewhere in the world. As a result of our investment in on-site solar power production, often including batteries, our off-take partners can reduce electricity costs by 15-20 per cent or more,” he explained.