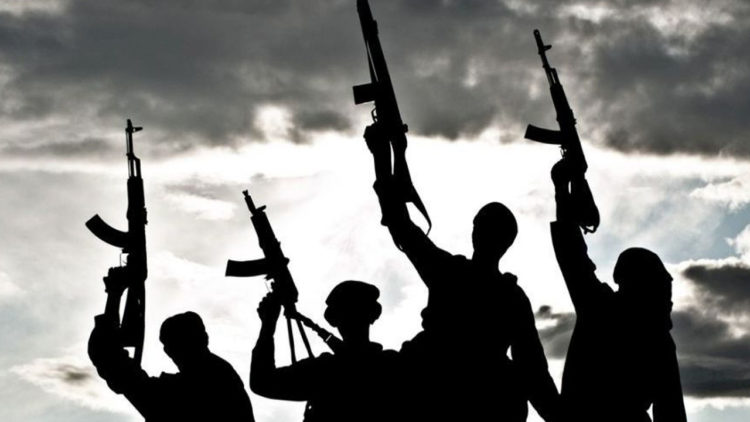 In commemoration of the 2022 Global Week of Action Against Gun Violence and contributing towards permanently silencing the gun in Sierra Leone, NURP, on Friday, donated assorted office equipment and food items to the Amputees and War Wounded Association (AWWA) at its headquarters in Murray Town, Freetown, Sierra Leone.

NURP, the CUT Across Party made the donation of assorted office equipment and food items to the worse Gun Violence affected populations – the Amputees and War Wounded Association (AWWA) in an effort to support the Association’s operation across the 16 political districts in Sierra Leone.

As a self-help organisation, AWWA established in 2002 with the mandate to lead and lobby for support to the victims of civil war, specifically those that had the forced amputation or were otherwise wounded in the conflict, the need for equipment to facilitate efficient running of the Association’s national secretariat remains a challenge.

Recall that this has been expressed on several occasions by the National Executive of AWWA.

Making donation on behalf of the NURP, on Thursday, June 2, 2022, at the AWWA’s headquarters in Aberdeen, party chairman and leader, Jonathan Sandy (JPJ) said, “In commemorating this year 2022 Global Week of Action Against Gun Violence, the NURP with an evolving partnership and relationship with the Amputees and War Wounded Association of Sierra Leone (AWWA) remains committed to support the Association as it continue to serve the interests of all those who suffered from gun shots during the 11 years of civil conflict in Sierra Leone ( 1991-2002).”

He reiterated that a core objective of the NURP was to ensure that the party contribute towards improved democratic governance for the prevention of future conflict as a result of gun and armed violence.

“The NURP together with civil society organisations will soon join the efforts to launch a national campaign titled, ‘Elections without Guns Campaign’,” he added.

According to the NURP chairman and leader, the items donated, valued at over Le 10,500,000 (Ten Million, five hundred thousand Leones only), included two Computer Desktops and Accessories, a Cartoon of reams of A4 copy papers; A5 Small and Large Harberk Notepads, A5 Shorthand 7lb, Necker pens, A4 Colour Vanguards, Pen Packets, and Staple Machines (Small and Large). Food items includes, two (2) Bags of Rice, assorted crates of soft drinks, and ten (10) crates of water bottles.

JPJ expressed his sincere thanks and appreciation particularly to Senior Unifier Boissy Williams who stepped forward and financially contributed to the project.

Receiving the donations on behalf of AWWA, Mr. Mohamed Tarawally, national chairperson of AWWA, said” “His is what we call a true partnership for permanent healing and national reconciliation.”

He commended NURP for its continued support to war victims since the registration of the party, especially during this difficult and challenging three years.

Tarawally further said, “Since 2019, the NURP has been working with us, AWWA in commemorating the Truth and Reconciliation Commission Report (TRC) recommendation # 8: January 18, as a Day of National Reconciliation. This year, 2022 has been remarkably unique, as it marks two decades (20 years) after the civil war ended in Sierra Leone. In this regard, we are pleased that the NURP had thought through the need for a nation wide commemoration, especially the on going, district-by-district Reflective Dialogue Forums involving different Stakeholders in each district. We are particularly grateful to the chairman and leader of NURP, Dr. Jonathan Sandy (JPJ) for his astute leadership style, especially in recognising some of our dire needs as an Association, and wasting no time in responding in such a big way. We therefore recognise NURP as a special and dependable partner of the AWWA.”

Making his concluding remarks, the Chief Unifier, JPJ Sandy said, “the donation is also aimed at enhancing the smooth working of the AWWA Secretariat, coordinating and dissemination of all relevant information related to the current status of the over 6,000 to 7,000 war victims and their associated family member. We in NURP consider the generation of reliable data on the status of war victims as critical for our continued lobbying and advocacy drive for support, especially during this post-COVID-19 recovery period.

“AWWA must be constantly empowered to efficiently advocate and lobby for social protection needs for all victims, hence the National Executive need to have functional computers and an harmonized database system which the Government of Sierra Leone and international partners can rely on in terms the design and implementation of projects and programmes aimed at improving the lives of vulnerable populations such as victims of gun violence during the civil war.”

It would be recalled that in 2020, during the first wave of COVID-19, after the Government of Sierra Leone declared a State of Emergency and three-day nationwide lockdown, NURP distributed considerable quantities of hand washing kits, soapd, food items, bag of rice and condiments to a number of Amputees and War Wounded Camps in the Western Area.

“We will not relent in fighting for the political, social and economic rights of vulnerable populations, as a pathway towards the prevention of future gun related armed violence in our beloved nation-Sierra Leone,” he stated.