by Anayo Onukwugha
in Sports
0 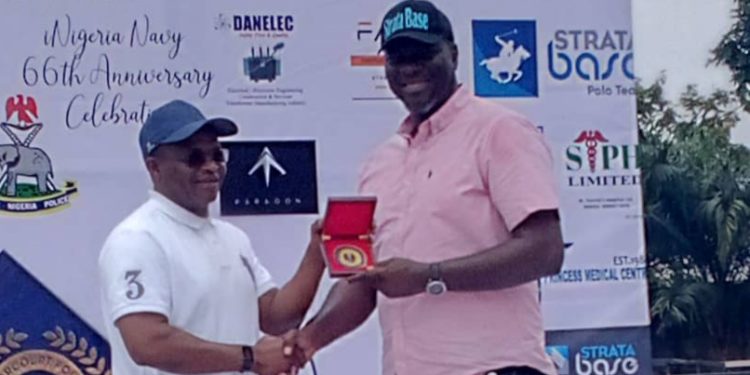 This is as the Chief of Naval Staff, Vice Admiral Awwal Gambo, has expressed the commitment of the Nigerian Navy to the physical and mental wellbeing of it’s officers and ratings.

Dimkpa spoke in Port Harcourt, the Rivers State capital during the closing ceremony of the Navy Polo tournament, organized to mark the celebration of the 66th anniversary of the Nigerian Navy, which was hosted by the club.

He assured that the Port Harcourt Polo Club was ready, and will begin robust planning to host a bigger and better 67th anniversary tournament for the Navy.

The Club President said: “This is the 66th anniversary of the Nigerian Navy and we plead with the chief of Naval staff to institutionalize this and make it an annual event because Port Harcourt is always ready to host the Nigerian Navy at any point in time.”

Speaking at the event, the Chief of Naval Staff, Gambo said: “The Nigerian Navy remains committed to the physical and mental wellbeing of it’s personnel hence the sustainment of the weekly sporting activities. It helps check stress and other related health challenges.”

“Let me put it on record that the Nigerian Navy has yet recorded another first with hosting of this Polo tournament as part of the Navy Week celebration activities.