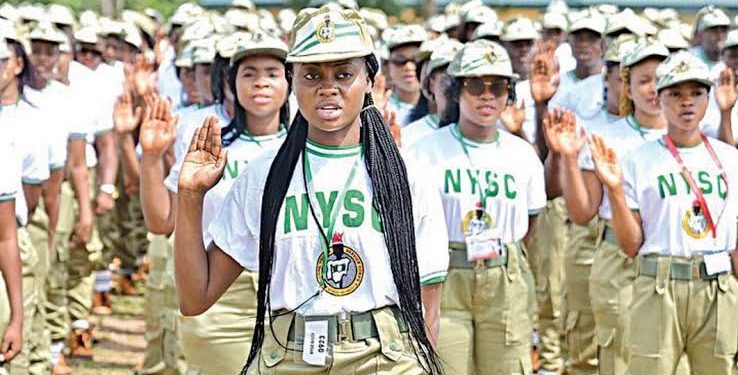 The National Youth Service Corps (NYSC) has charged newly sworn-in 1,500 Corps Members not to engage in acts that would threaten the peace and unity of the nation.

The NYSC charged the corps members to, rather, engage in acts that would foster peace and unity of the country.

NYSC director-general, Brig. Gen. Muhammad Fadah, made the call during an interactive session with journalists shortly after inaugurating 1,500 Corps members for the 2022 Batch B, Stream 2 orientation course in Cross River State.

The DG charged the corps members to be good ambassadors of thier fatherland, patriotic and engage in acts that promote the unity and development of the country in line with the objectives of the NYSC scheme.

Fadah, who was represented at the swearing-in ceremony by the State NYSC coordinator, Mr Zemoh Andrew, at the orientation camp in Obubra LGA of the State, urged corps members to acquire skills for self-reliance, through the scheme’s Skill Acquisition and Entrepreneurship Development, programme (SAED).

Soliciting stakeholders’ support for NYSC Trust Fund to enhance its operations, the Director General further appealed for support for the NYSC Health Initiative for Rural Dwellers, which is targeted at delivering free medical services to the rural poor.

The DG charged the corps members to be of good behaviour, disciplined and above all, act like good ambassadors of thier fatherland and abide by the rules and regulations of the NYSC.

While administring the oath of allegiance to the corps members earlier, the state Chief Judge, Justice Akon Ikpeme, who was represented by the High Court Judge of Obubra Division, Justice Emmanuel Abua, advised the Corps Members to be law-abiding during and after the service period, noting that their NYSC status does not confer on them any immunity before the law.