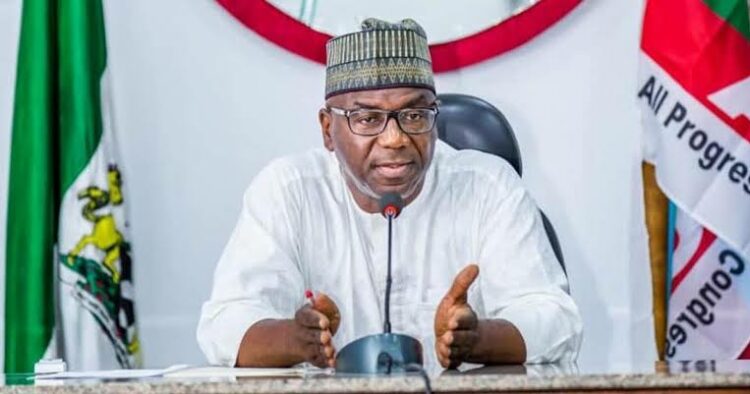 Kwara State governor, AbdulRahman AbdulRazaq, on Saturday, said that Nigeria is a nation on the rise regardless of some drawbacks in its nation-building efforts and its share of the global challenges.

AbdulRazaq, who congratulated Nigerians on Nigeria’s 62nd independence anniversary, said leaders and citizens must play their roles to better the lots of the country and its people.

The governor spoke at the independence anniversary parade held in Ilorin amid colouful march-pasts by contingents from the security agencies, public and private primary and secondary schools, members of the National Youth Service Corps (NYSC) and the Red Cross in Kwara State.

“Nigeria is a nation on the rise. I agree that we are struggling against various challenges of nation building. Yes, we are up against the fluctuations of the global economy,” he said, adding: “However, our country is not stagnant. We are not hopeless. Everyday, new successes are being recorded in the economy, infrastructural development, defence, and in our democratic journey,” he said.

He added that, “things will be better if everyone plays their role and prioritizes national peace, unity, and collective growth.”

AbdulRazaq congratulated President Muhammadu Buhari and Nigerians on the celebration, appreciating God and all founding fathers for their excellent contributions towards gaining that freedom.

“With gratitude to the Almighty God and respect to all the founding fathers and mothers of our country, I join Mr. President to congratulate Nigerians on the 62nd Independence of our country,” he added.

AbdulRazaq said Kwara was equally waxing stronger under his watch, adding that the government has a duty to consolidate on some of the achievements recorded so far.

He charged the people of the state to continue to live in peace, and make the state continually hospitable and attractive to investors.

“As a people, I urge Kwarans to continue to make this state the comfort zone for trade, hospitality, and peaceful coexistence. Together, let us build a state that works for all,” the governor added.