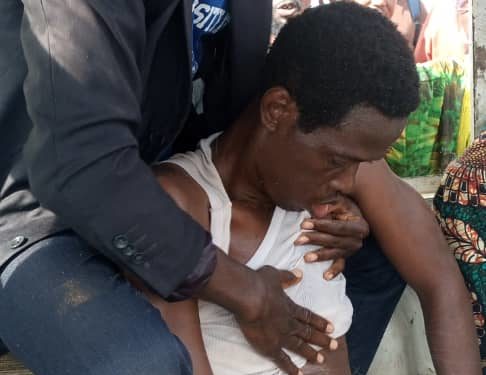 Tragedy befell the Ogun State chapter of Nigeria Labour Congress (NLC) yesterday as one of the striking workers identified as Comrade Sunday Ogunjimi suddenly slumped and died while waiting for further directives on the ongoing indefinite strike embarked upon by the union in the state. 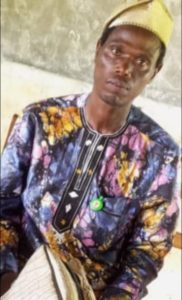 Ogunjimi gave up the ghost after he slumped at the state Secretariat of NLC, located along the MKO Abiola Way in Abeokuta, the state capital where the striking workers had converged, waiting for the NLC leadership to give further instructions on whether the strike should be called off or not.

A source at the hospital told LEADERSHIP Weekend that Ogunjimi was pronounced “dead on arrival” by the doctors on duty at the Federal Medical Center (FMC), Idi – Aba, Abeokuta where he was rushed for treatment after slumping at the Lemme Secretariat of NLC.

Until his death, on Friday our correspondent gathered that the deceased, a former chairman of the National Youth Council of Nigeria (NYCN) in Odeda Local Government was a primary school teacher, who actively took part in the 5-days old industrial action embarked upon by workers to press home, their demands for a better condition of service from the state government.

Prior to his death, the NLC State Chairman, Comrade Emmanuel Bankole had gathered the striking workers and informed them that the Friday’s meeting of the union’s leadership with the state government was deadlocked and that members should be prepared to continue with the strike.

But while Bankole was addressing the workers, the highly charged and angry looking comrades, who had earlier alleged that their union leaders had sold out, became uncontrollable and in the process, some facilities at the NLC secretariat were destroyed in the ensuing violence that later erupted.

A detachment of the operatives of the State Security Service (DSS), earlier drafted to the NLC State Secretariat at Lemme were angrily sent back by the agitating workers, who insisted that they could handle the situation by themselves.