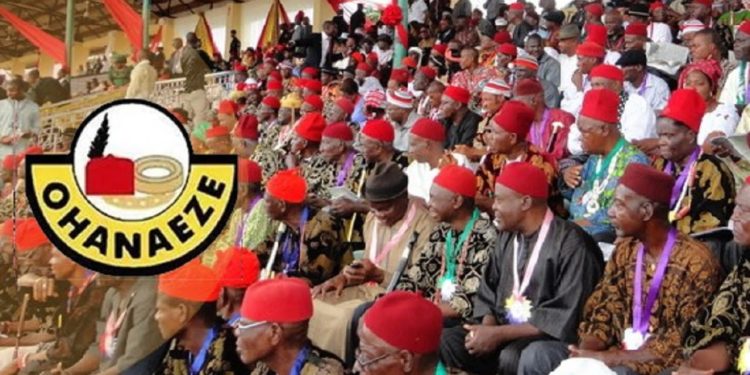 Ahead of the 2023 presidential and governorship elections, the Ohanaeze APC Support Group in collaboration with Solidarity of Youth for Peace and Development has flagged off mobilisation of the electorate for the second term bid of Borno State governor Babagana Umara Zulum in the upcoming 2023 general election.

Speaking yesterday at the Elkanemi Warriors Sports Centre in Maiduguri, the venue of the flag – off programme, the coordinator of the APC Support Group, Chief Ugochukwu Egwudike, said their decision to back Governor Zulum’s second term bid is as a result of his detribalised posture in the provision of dividends of democracy.
Egwudike noted that it is on record that Governor Zulum has been providing free transportation for all non- indigenes to enable them travel and celebrate Christmas and New Year festivities with their families. He said Zulum’s free transportation sacrifice with its huge financial implication has been going on since he became governor in 2019 till date, adding that in 2019, the governor sponsored over 300 Christians to Jerusalem.
“We are announcing our unflinching support for our competent and dynamic vice presidential candidate, Senator Kashim Shettima. Therefore, all hands must be on deck to actualise Governor Babagana Umara Zulum’s second term bid and the Tinubu/Kashim presidential ticket come 2023,”Egwudike said.
In his remarks, Governor Zulum represented by the state APC chairman, Hon Ali Bukar Dalori thanked all community leaders that came together to support the APC, assuring that Tinubu/Kashim presidency would be fair to all Nigerians.
He urged various leaders of the communities to continue to support the party and promised that Governor Zulum would always treat every non-indigene equally.
LEADERSHIP reports that the group/communities include Ohanaeze Ndigbo, Yoruba Council, Niger Delta, Tivs, Idoma, Igala, Ebira, Adamawa community, Egan, Tanganle among others.