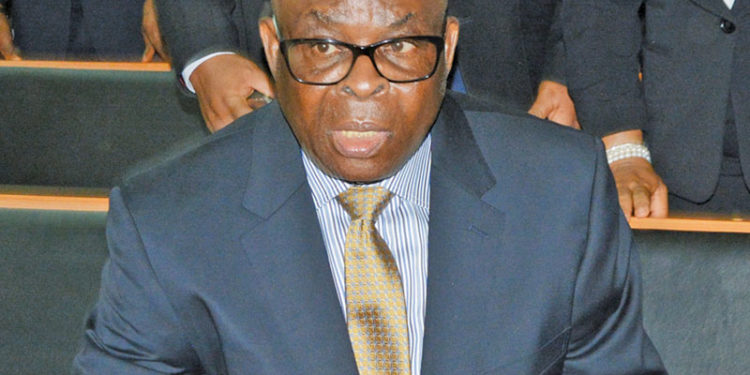 Immediate past Chief Justice of Nigeria (CJN), Justice Walter Onnoghen, has warned that unless the Supreme Court of Nigeria is adequately funded, the apex court may soon be turned into a glorified High Court.

The former CJN said justices of the apex court have been suffering in silence since 2008 when their salaries and emoluments were last reviewed by the government.

Onnoghen, who spoke at the public presentation of Nigeria’s first law book on Construction Law in Abuja, revealed that some justices of the apex court still live in rented accommodations in unsuitable areas in the Federal Capital Territory.

Besides poor residential accommodation issue, the former CJN explained that chambers of the Supreme Court Justices are unbefitting of their status and appealed that the court be properly funded to enable the justices perform optimally in a conducive atmosphere.

He therefore pleaded that funding of judiciary should be immediately looked into with a view to improving on it because of the critical role of the judiciary in nation building.

Maintaining that the Supreme Court is still being overworked with justices bearing the brunt, Justice Onnoghen canvassed that appeal cases should not get to Supreme Court as of right but by leave of the court to eliminate congestion in the workload of the court.

“The judiciary is not Nigeria’s problem but bad leadership. There must be a rethink on issues affecting Judiciary, because without a strong legal profession, you cannot talk of the rule of law”, he said.

He commended the author of the book, Mrs Ewuwuni Onnoghen-Theophilus and pleaded that youths should be encouraged to enable them contribute meaningfully to the general development of the country.

Also speaking at the book presentation, a former AGF Chief Bayo Ojo, SAN praised the resourcefulness of the author and expressed optimism that the book would serve as a veritable tool to address the crisis bedeviling construction industry in Nigeria.