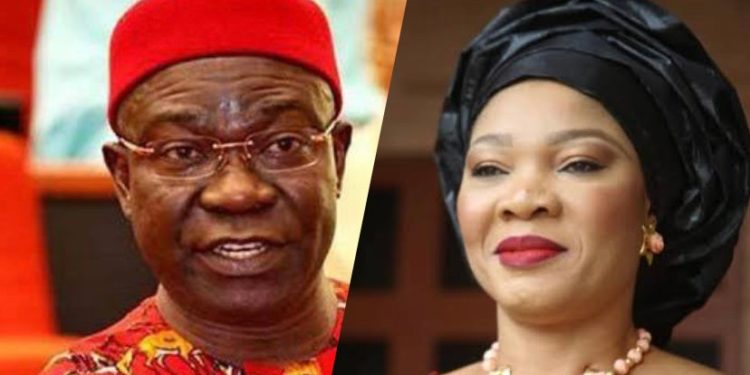 The presidential candidate of the Labour Party (LP), Peter Obi, has identified with the family of the immediate-past Deputy Senate President, Senator Ike Ekweremadu, over their trial in the United Kingdom for alleged organ harvesting.

The former Anambra State governor said his family will join other Nigerians in praying for Sonia Ekweremadu for her healing while committing the Ekweremadus into God’s hand for justice to be done over what he called “their travail”.

LEADERSHIP reported that Senator Ekweremadu and his wife, Mrs Beatrice Nwanneka Ekweremadu, were arrested on Tuesday at the Heathrow Airport in London and were accused of conspiring to bring a 15-year-old Nigerian to the UK for exploitation and organ harvesting. 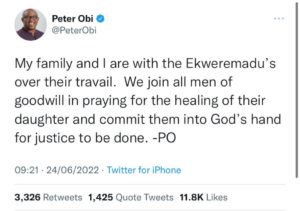 But facts emerged thereafter on Thursday that the Ekweremadus transported the young boy to the UK as a kidney donor for their daughter, Sonia, who needs a transplant.

The couple was arraigned before Uxbridge Magistrate Court in London on Thursday where they pleaded not guilty but were denied bail and remanded till July 7, 2022.

Obi, who took to his verified Twitter handle on Friday, wrote: “My family and I are with the Ekweremadu’s over their travail. We join all men of goodwill in praying for the healing of their daughter and commit them into God’s hand for justice to be done. -PO.”

Tribute To ‘Sango’, A Professional Revolutionary