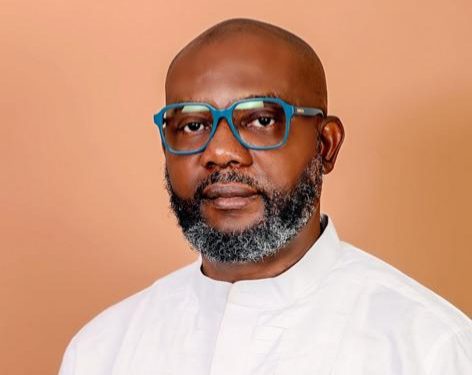 Former deputy national publicity Sldecretary of the All Progressives Congress (APC), Yekini Nabena, has said the party’s defeat in the just concluded Osun State governorship election is a warning to the governing party that “no one can cheat nature twice.”

Accordingly, he implored the party’s presidential candidate, Bola Ahmed Tinubu, to caution the likes of governor Babajide Sanwo-Olu of Lagos state and others to stop their arrogance against other party leaders across the states and zones.

In a statement issued Tueaday in Abuja, the APC chieftain condemned the recent visit of Governor Sanwo-Olu, Governor Rotimi Akeredolu and Governor Kayode Fayemi, all from the South-west to the Rivers state in the South-south “in search of political marriage with Governor Wike,” without paying respect to the APC leaders in the zone.

According to Nabena, the era of taking people for granted arrogantly and think you will win election is far over, hence APC leaders across board must respect each other and forge a united front ahead of 2023 general elections.

He also called on party members in Osun state and the entire South-west zone not to be demoralised by the outcome of the election, saying all hope is not lost.

He said, “Osun state governorship election has come and gone but we must learn a lesson. In 2018, the then National Chairman of APC, Adams Oshiomhole, and his National Working Committee (NWC) worked so hard to defeat nature in Osun, but in 2022, nature came back with full force to take its place.

“It is a warning to the Lagos state governor Babajide Sanwo-Olu and others that if care is not taken, the same hand of nature will tourch them.

“Sanwo-Olu recently came to South-south with Governor Rotimi Akeredolu and Governor Kayode Fayemi, that can not deliver Osun state, to woo Governor Nyesome Wike without consulting the zonal leaders of the APC.

“That’s very disrespectful to our APC leaders from the Niger Delta where we have Rotimi Ameachi in Rivers state, Adams Oshiomhole from Edo state, Ovie Omo-Agege from Delta state, Chief Timipre Sylva from Bayelsa state, Ben Ayade from Cross Rivers state, who is even a governor’s colleague and my humble self. Leader in the South-south APC must be respected in every state.”

Demanding an apology from the three governors, the former APC spokesman said Osun state governorship election has shown that “together we can win, with unity we can win, not by creating a subsidiary party like Social Democratic Party (SDP) across the country.

“So, this is a warning to the Lagos state governor Sanwo-Olu and his co-travellers that the APC South-south leaders are aware of their game plan in Rivers state but it will not work because on election day we will vote APC in all boxes; from President, National Assembly, Governor and State House of Assembly. This will also apply in other states across the country. The era of vote APC for President and vote PDP for Governor is over.”

The APC chieftain, however called for genuine reconciliation across the country among all the APC leaders and stakeholders even as he identified states like Gombe, Kwara, Kogi, Kano and Ogun as case study for urgent attention.

“The only way out for the APC as a party is to respect leaders in every state and zone, and not just think you can arrogantly arrange your boys to install leaders anywhere like they tried to do in Bayelsa, Kogi and Rivers states by some paper weight governors from the west who solely rely on Asiwaju to win election.

“In party politics, everyone matters, you must carry everyone along. This is a warning to the APC presidential candidate to caution his men who are already thinking of installing leaders across the state with full assurance that their oga (Tinubu) will be the next President and they (the boys) will be in charge of party structures across the states, this must be addressed quickly.

“They must also stop seeing all those who contested primary election with them as enemies. There must always be a winner in a contest, and that is why it is a democracy. So this arrogance of power can not do APC good because Lagos is not Nigeria, what they can do and go away with in Lagos state can not happen in entire Nigeria,” Nabena warned.