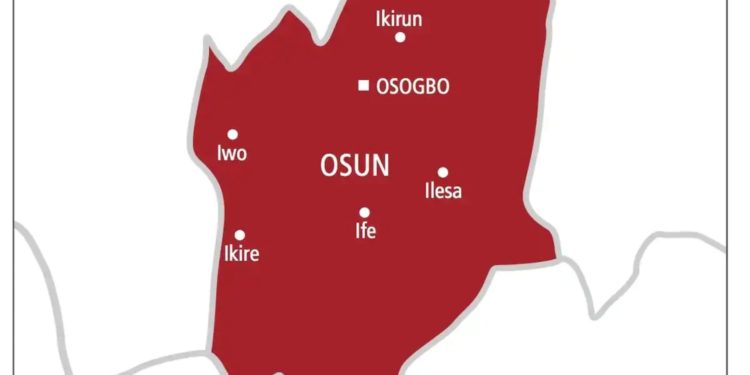 In spite of the state government’s warning against drinking water from Osun River during the grand finale of the Osun Osogbo festival due to contamination, many devotees and visitors were sighted yesterday defying the warning.

Correspondents of the News Agency of Nigeria (NAN) at the grove report that some of the worshippers who fetched the water in different sizes of jerry cans, were seen drinking the water on their way out of the grove.

Devotees and visitors who had trooped out to the river side in their white attires and beads, were seen singing traditional songs and dancing.

One of the worshippers, Abidoye Osungbenro, told NAN that she had a strong faith that nothing would happen to her in spite of the fact that the water is contaminated .
Ms Osungbenro said the deity would protect her and others from any ailment as a result of drinking contaminated water.

She said the state government’s warning against drinking the water would not be beneficial to those who believe in the efficacy of the water.
Another devotee, Adeoye Ifadayo, who also spoke with NAN, described the Osun River as divine, adding that it could heal and protect.
Mr Ifadayo said government warning would not stop them from drinking the water even if contaminated.
Also speaking, Sadiq Adeoso, another devotee, said with the divine power in the river, nothing would happen to those who drink the water because of its sacred powers.

NAN reports that those selling the Jerry cans made brisk business at the entrance of the grove.

Prices of the Jerry cans ranged from N150 to N350, depending on size.

During the festival, tourists, visitors and devotees usually drink from the Osun River for its perceived divine healing properties while some take the water home to bathe with.

NAN reports that government on Thursday had advised tourists and devotees to the grand finale of the festival to refrain from drinking the water because of contamination.

The Commissioner for Health, Rafiu Isamotu, gave the advice in an interview with NAN.

He said government embarked on sensitisation to discourage people from drinking the water during the festival as it had been contaminated by the activities of artisanal miners.

Mr Isamotu said public health officials would be at the grove during the festival to further sensitise people on the dangers of drinking the water.

According to the Curator and Site Manager of Osun Osogbo Grove, Adekunle Fatai, no fewer than 60,000 devotees and tourists are expected at the grand finale.

The river is said to have been heavily contaminated with mercury, lead, cyanide and other injurious elements that are poisonous to human health.

A geographical information analysis and laboratory tests carried out by a Non-governmental Organisation, Urban Alert, also affirmed the presence of heavy elements in the water. (NAN)