Our Kidnapped Members Have Been Released – AGN

by Leah Twaki
in Entertainment
0 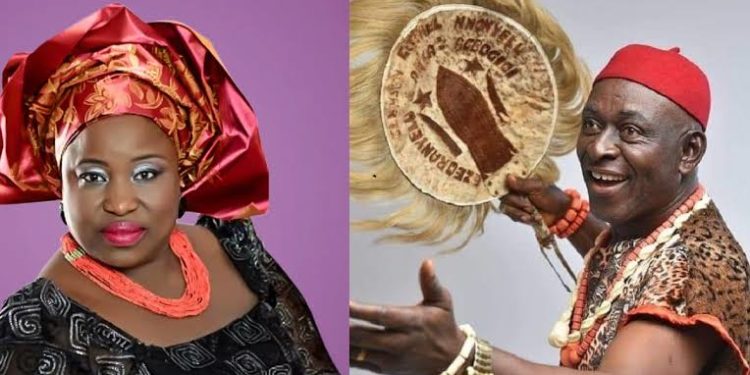 Kidnapped Nollywood stars, Cynthia Okereke and Clemson Cornel (Agbogidi), have been freed by their abductors days after they were abducted.

The Actors Guild of Nigeria (AGN) confirmed their release on Wednesday, saying the duo was released unhurt.

The Guild’s Director of Communications, Monalisa Chinda Coker, said in a statement on Wednesday.

“This is to inform the public that the kidnapped actors, Cynthia Okereke and Clemson Cornel, have been released, unhurt!,” she said.

She quoted the National President of the AGN, Ejezie Rollas, as saying that they were freed by their abductors “who were touched by spirit of God to set them free and unharmed.” 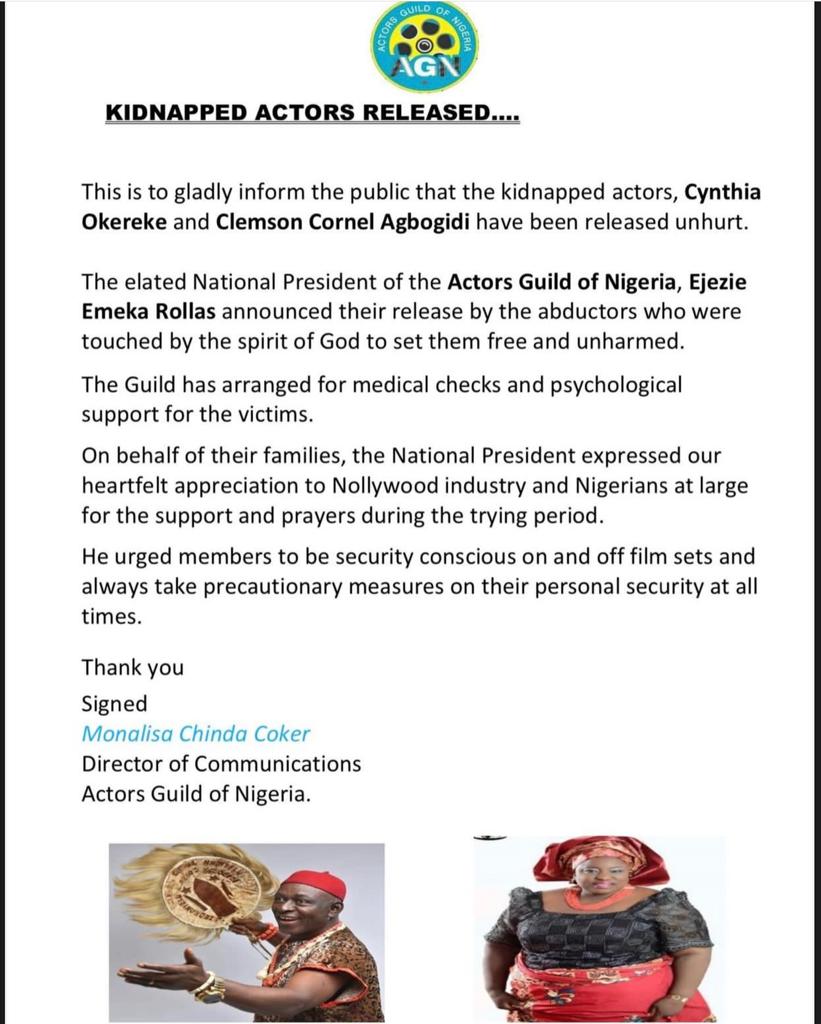 The statemened added, “The guild has arranged for medical checks and psychological support for the victims.

“On behalf of their families, the National President expressed our heartfelt appreciation to the Nollywood industry and Nigerians at large for the support and prayers during this trying period.

“He urged members to be security conscious on and off movie sets and always take precautionary measures on their security at all times.”

We Need To Be Steps Ahead Of Terrorists, Bandits, Says Osinbajo

We Need To Be Steps Ahead Of Terrorists, Bandits, Says Osinbajo