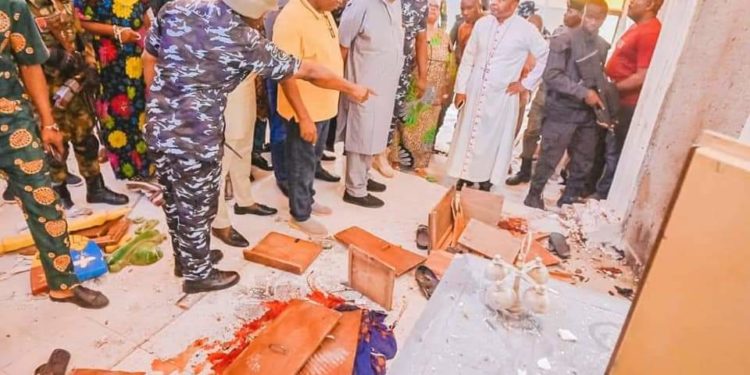 Ondo State government has constituted a five-member committee to manage funds donated by public-spirited individuals and corporate organizations for the victims of the June 5th, terror attack at St Francis Catholic Church, Owo.

Addressing journalists after the State Executive Council Meeting in Akure, the Commissioner for Finance, Mr Wale Akinterinwa said the council commiserated with the families of those who lost their lives in the terror attack.

According to the Commissioner, the council approved that a bank account be opened with the Providus Bank to manage funds donated by public-spirited persons and organisations to care for the victims, adding that the fund will be judiciously used.

Akinterinwa said the Council acknowledged and appreciated the prompt response of the Governor,  Oluwarotimi Akeredolu, on the unfortunate incident by setting up and coordinating the State Emergency Response team led by the Commissioner for Health, Dr Banji Ajaka.

He added that the State Executive Council also approved that Governor Akeredolu should as a matter of urgency issue an Executive Order to mandate all places of worship, event centres, shopping malls, hotels and all other public places to install functional Close Circuit Television (CCTV) Camera within and around their premises.

Magodo Residents Raise The Alarm Over Invasion By Land Speculators