Magodo Residents Raise The Alarm Over Invasion By Land Speculators 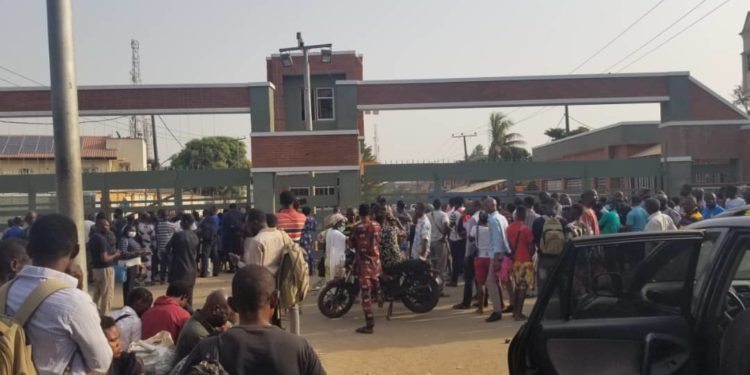 Residents of Magodo Estate Phase 2 in Lagos have raised the alarm over the activities of land speculators, popularly called Omo Onile, saying their actions are posing danger to lives and properties in the estate.

The Magodo Residents’ Association (MRA), who stated this at a press conference addressed by its chairman, Bayo Osinubi yesterday called on the Lagos State government to immediately stop them from further invading the estate.

He insisted that if the activities of the land speculators are left unchecked, the estate will be exposed to danger, unimaginable financial loss and sundry security challenges.

Osinubi claimed that the land grabbers took advantage of the recent dispute between the estate and the Adeyiga family to illegally enter the wetlands area of the Magodo area without lawful authority.

He stated that the leadership of the association promptly reported this development to the Lagos state government and the Ministry of Physical Planning and Urban Development so the government could take a stand and quickly stop this invasion.

Osinubi also alleged that, “several attempts by the Magodo Residents’ Association to dislodge these invaders (who we later identified as Onikosi Omo Onile and his gang) proved futile as they claimed ownership of the wetlands and insisted on their right to be use our estate as an entrance into the wetlands.

“Since this illegal invasion, the Onikosi land grabbers have intimidated and harassed members of the MRA executive and innocent residents through the instrumentality of armed police officers from Zone 2, Lagos command who offer them protection round the clock.

“As recently as April 26, 2022, these unreasonable men again forced their way into the estate with over 50 armed policemen, two bulldozers and an excavator as they sought to access the wetlands and possibly start some development.

“Again, we wrote to the Lagos State government and the Commissioner of Physical Planning and Urban Development asking that they come to our aid.

“The ministry summoned us to a meeting in Alausa on June 1, 2022, where we reemphasized the illegal activities of these land speculators within the wetland and enjoined the government to take a firm decision and stop them.”

“The land speculators have now cleared and destroyed the entire wetland area of Magodo turning the place which hitherto served as a major reservoir of storm water from the Ikeja axis via the Otedola bridge canal into a shadow of its former self.’’