Palpable tension and uncertainty have continued to stalk students residing in off-campus as well as residents of areas adjoining the Nasarawa State University, Keffi, over incessant attacks by gunmen who often injure, cart away valuables; phones, laptops and cash belonging to students in various operations that last for hours in the school community. TUNDE OGUNTOLA draws government’s attention to the devastating ordeal. 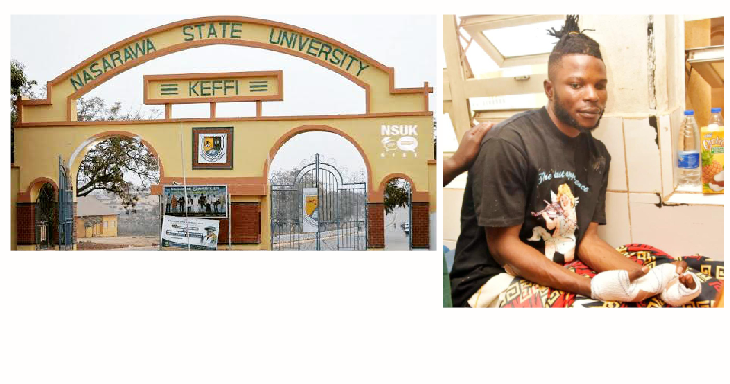 The robbery attack where no fewer than five students of the Nasarawa State University, Keffi (NSUK) were brutally injured, with others losing their laptops, phones and other valuables is one experience that remains indelible to the school community.

The most tragic and disturbing incident is the recent attack where over 40 armed men stormed the school community and operated for close to two hours unchallenged.

This latest development has forced the students to blame the incessant and deadly attacks on the inability of the school management and security agencies to halt the menace, thereby, exposing them to harm, emotional and psychological torture.

LEADERSHIP Weekend, however, gathered that the attacks have weakened the morale in the institution as it has been ongoing for over a month now with the school management not doing enough to protect the lives and properties of the students.

Established in 2001, NSUK to encourage the advancement of learning in the state and its neighbouring environment.

The robbery attacks according to the students were often successful as the gunmen who always came prepared, outnumbering security operatives (police and sister agencies) who would rather go into hiding to avoid being killed.

A terrified looking student, Ibrahim Sani, who narrated his experience to LEADERSHIP Weekend a student of the institution Ibrahim Sani said the gunmen stormed the BCG Area at about 1:30 am and operated without any resistance.

Sani said following the attacks, no fewer than 10 students have sustained serious injuries.

He continued, “The gunmen were attacking the students’ house by house and going after them room by room. It was terrible. They were dressed in black, and they wore caps. They did not use masks. They robbed for over two hours.

“I was trying to sleep when I suddenly heard gunshots. I saw over 40 of the gunmen. These guys looked young and energetic. Once you do not open the door for them, they will use their legs to bring it down.

“They also attack Angwan Lambu too. Once they enter your room, they will order you to bring all your belongings. You will be matched if you try to resist their demands.”

Unlike Sani, a victim of the attack, Comfort Saleh, said she was already asleep when the gunmen stormed her room.

Ms Saleh said the gunmen cart away her phone, laptop, jewelry, and money.

“The gunmen between the ages of 15 to 25 threatened to rape and kill me if I do not cooperate with them.

“As you can see. I don’t have a phone or laptop to carry out my assignment. This is sad. I am not the only child. My parents don’t have the resources to buy me another gadget,” she lamented.

Corroborating Ms Saleh’s claims, a student of the institution, Halima Isah, who is an eyewitness lamented that the citadel of learning is under attack, by armed robbers numbering over 40.

Ms Isah said the robbers have been terrorizing and ripping students off their valuables for over a month now and the government and the school management is doing nothing about it.

According to her, please our school Nasarawa State University Keffi is under attack, by some set of armed robbers numbering about 40.

“They have been terrorizing and ripping students off their valuables. This evil act has been going on for over a month now and the government and school management is doing nothing about it.”

Another student, Musa Abdulrazak said, “From what happened today, it shows that Nigerians are not safe. It is a shame. The government must urgently recruit more police officers to support and increase security presence in the nation.

A leader of the Student Union Government (SUG) Comr. Naajim Jonathan Gbefwi , explained that vexed by the ugly trend, which was becoming a new normal, aggrieved students protested against the school authority who in turn, imposed curfew within the student community from 9:00 pm every day till further notice.

Gbefwi noted that the attacks started about a month ago. He said they noticed a pattern of robbery that we have not experienced before.

“We noticed that a group of about 40 gunmen was coming into the students’ environment at midnight breaking into lodges, carting away their properties, and injuring students in the process.

“We thank God we have not lost anybody, but it was a terrible occurrence when it happened the first time, we alerted the security agencies, and they told us that they were going to intensify their operation around the students’ areas.

He said they escalated the issue to the school management and efforts are ongoing to secure the off-campus hostels.

He, therefore, advised students to adhere strictly to the instructions as there will be massive patrol by the military and other security agencies.

“As a union, we sympathise with victims of the recent robberies and criminal activities, and we are doing all that is within our power and – capacity to bring the perpetrators to book,”