It is no longer news that the impact of climate change , rise in insecurity and high input costs has further widened Nigeria’s food security gap. PATIENCE IVIE IHEJIRIKA writes on the implications and the need for urgent action to reverse the trend. 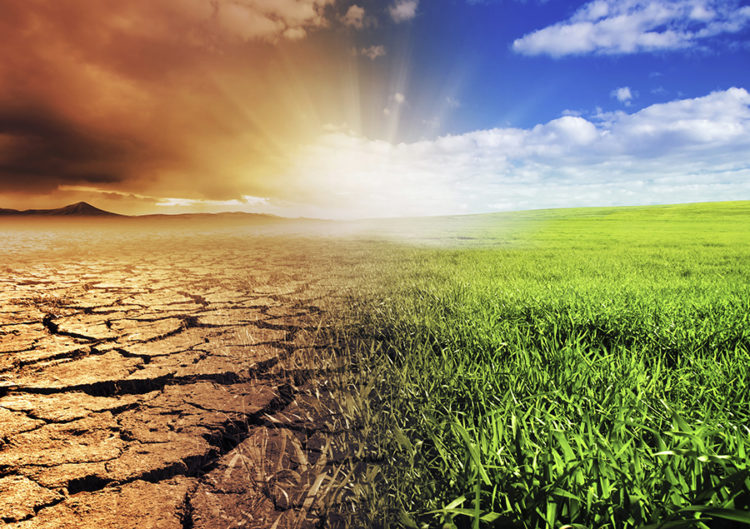 A troubled young man walking into the light

With the present state of hunger in Nigeria, many families risk losing their children to Severe Acute Malnutrition (SAM) or raising generation of children with poor intelligence quotient (IQ) due to malnutrition.

According to Food and Agriculture Organisation (FOA), food security exists when all people, at all times, have physical and economic access to sufficient, safe and nutritious food to meet their dietary needs and food preferences for an active and healthy life.

However,  a lot of families in Nigeria lack physical and economic access to sufficient and nutritious food as UNICEF report indicated that about 14.5 million Nigerians suffer from acute food insecurity while about 12.5 million people are hungry.

This existing burden is exacerbated by agriculture’s extreme vulnerability to climate change, rise in insecurity, high input cost, poverty and other factors.

Oyeleke, who stated this at a media parley to commemorate the 2022 World Food Day in Abuja, noted that kidnapping has taken center stage and disrupted agricultural activities in the country.

“Many farmers have been kidnapped for ransom, and some have been killed on their farmlands.

“As a result, many farmers have abandoned their farmlands, fled their communities, and relocated to urban areas, or taken shelter in Internally Displaced Persons (IDP) camps.

“Many have become unemployed and can no longer care for their families, and in some cases they have resorted to criminality, leading to a vicious cycle of poverty and insecurity,” he said.

Also, the report issued by the UN World Food Programme and the FAO states that Afghanistan, Ethiopia, Nigeria, South Sudan, Somalia, and Yemen remain at the ‘highest alert’ as hotspots and account for almost one million people facing catastrophic levels of hunger with starvation and death, a daily reality and where extreme levels of mortality and malnutrition may unfold  without immediate action to address the menace.

Worse still, the report described and put Nigeria, at extremely high levels of food insecurity, projected at 19.5 million people in crisis or worse between June and August 2022.

Nigeria has 35 million children under the age of five, out of which, 14 million are stunted, three million are wasted and 24 million are anaemic due to poor nutrition.

These worrying statistics may hinder the country from meeting the Sustainable Development Goals (SDGs) on nutrition by 2030.

SDG 2.1 target is to end hunger and ensure access by all people, in particular the poor and people in vulnerable situations, including infants, to safe, nutritious and sufficient food all year round  while goal    2.2. is to end all forms of malnutrition, including achieving by 2025, the internationally agreed targets on stunting and wasting in children under 5 years of age, and address the nutritional needs of adolescent girls, pregnant and lactating women and older persons.

Oyeleke noted that food is connected to SDGs in numerous ways, as food security is key to achieving sustainable development.

He said food appears central to many of the goals, including zero hunger (SDG 2); good health and wellbeing (SDG 3); responsible consumption and production (SDG 12); life on land (SDG 15), which includes sustainable agriculture and life below the water (SDG 14) where the focus on seafood is clustered.

He expressed worry that most of the food need in the country is produced by peasant farmers who lack capital, skills, energy and other viable ingredients to produce on large quantity that will meet the requirement of the growing population.

This year’s World Food Day called for solidarity among all stakeholders in the country to build a sustainable Nigeria where everyone, everywhere has regular access to enough nutritious food.

Although there have been some progress towards building a better world, too many people have been left behind, said the Civil Society Scaling-up Nutrition (CS-SUNN) and the Food Basket Foundation International (FBFI).

The CS-SUNN chairman, Ekene Innocent Ifedilichukwu  and FBFI chief executive officer, Funmi Akinyele, during the World Food Day media parley, organised by CS-SUNN in Abuja, noted that farmers struggle to offset this year’s higher input costs by planting less, switching to crops that require fewer nutrients or scaling back their fertilizer use, which potentially hurt yields.

“They struggled with higher feed costs to sustain livestock production. The country stands the risk of shrinking production as farmers have fewer financial resources to compensate for rising input prices, which are growing at a faster rate than the prices for their produce.

“Agrifood systems transformation is critical if we want to honor the pledge to leave no one behind and deliver better production, better nutrition, a better environment, and a better life for all,” they said.

The organisations lend their voices to the recommendation of the 2022 Humanitarian Response Programme for Nigeria to commit and release $451 million for food security, $59 million  for livelihood and $144 million for nutrition interventions.

They urged government at all levels to “Prioritise the food and nutrition needs of the poorest and most vulnerable households in the country by expanding and improving emergency food assistance and social protection programmes.

“Fund and implement the National Multisectoral Plan of Action for Nutrition to guarantee optimal nutritional status for Nigerians through accelerating the scaling up of priority high impact nutrition specific and nutrition sensitive interventions with focus on the most vulnerable, especially women, children and internally displaced persons.

“Prioritise Nigeria’s Food fortification agenda and ensure an improved integration of fortification regulatory monitoring into overall food inspection system. This will go a long way in tackling the challenge of “hidden hunger” and micronutrient deficiencies in Nigeria.

“Promote climate-smart and environmentally friendly agricultural practices to preserve the Earth’s natural resources, health, and the climate while also slowing the habitat destruction that contributes to disease outbreaks.”

Meanwhile, Nigeria is set to participation in the 27th Session of the United Nations Framework Convention on Climate Change (UNFCCC) in Egypt, and the federal government has said that  Nigeria will be focusing on sustainable funding mechanism that drives nature-based solutions.

These solutions, according to the minister of Environment, Barr. Mohammed Abdullahi, include land restoration, reforestation, combating desertification, climate smart-agricultural practices as well as adaptation strategies.

As food insecurity remains a serious threat to the  Nation’s fight against malnutrition, Nigerians are hoping for a county where food is available and accessible to all.