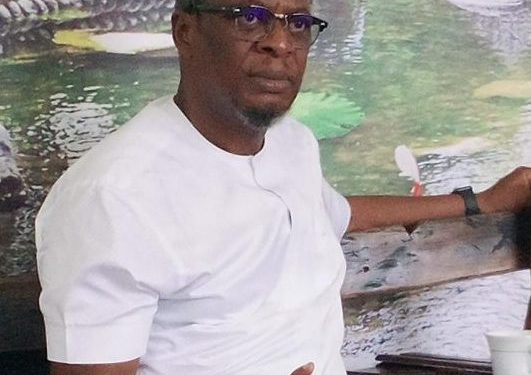 A chieftain of the All Progressives Congress (APC) in Rivers State, Kingsley Wenenda Wali, has said it was wrong for some people in the state to celebrate Governor NyesomEzenwo Wike’s loss at the recently concluded presidential primary of the Peoples Democratic Party (PDP).

Wali, who stated this in a statement posted on his verified Facebook page, said former Governor Peter Odili suffered the same fate in 2007 when he was stopped at the finishing line of the PDP presidential primary.

The APC chieftain, who is also the national leader of Unity House Foundation (UHF) stated that politics in the state must start being about service to the people and not to acquire power to hurt the people.

The statement reads: “I insist that it’s not only wrong to celebrate the misfortune that befell your brother or neighbor in a foreign land, but immoral and hypocritical. No two people are exactly the same.

“That we find ourselves in two camps does not make us mortal enemies. Anybody that hates your brother is not your friend. I know what I’m saying and I want us to start learning to be our brothers’ keepers.

“Let’s just accept that it is ok to disagree, but to hate is another thing altogether. When you celebrate the failure of a family member with an outsider, it is probably because you are jealous of him. And it’s important to remind you that the man you’re celebrating because he defeated your brother, will never respect or value you or your celebration.

“You may not like Chief Nyesom Wike, but it is wrong to celebrate his loss. Especially when he had to contend with institutions and principalities. In case you’ve forgotten, Dr Peter Odili was stopped when he was just about to hug the tape, at the finishing line in 2007.

“So, if Chief Nyesom Wike suffers the same fate in 2022, then it just might not be about them, but where they come from. I mean where you come from too. Competition between two or more brothers is okay, but bitterness all in the name of competition is totally unnecessary and unacceptable.”

He said politics in Rivers State must start being about service to the people and not to acquire power to hurt the people, noting that they must use their best hands to seek a better Rivers State of joy and development.

“We must reject the promotion of anger and bitterness. This is not us. We are good people. We love life and good things of life. So, we must promote those values and attributes that made Rivers State the destination of choice by all Nigerians and experts,” he said.