Removing The Arabic On Naira Notes (2) 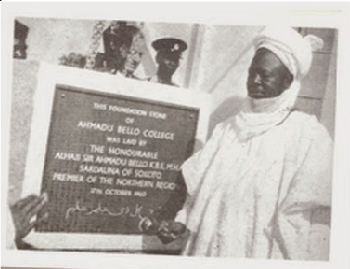 Did non-Muslims use Ajami? Yes, as it was a widely used medium of communication in West Africa in particular and there is nothing strange or sacrilegious about that. Arab Christians use Arabic Bibles in their church services. It reminds me of the fiction work called “Who is this Allah” where a non-existent GJO Moshay says Allah is the name of an idol but foolishly forgot that Allah is the name for God in Arab-speaking churches worldwide and in Hausa speaking communities. I have two different versions of Arabic Bibles myself.

Ignorance is the only explanation for rejecting Ajami thinking it is a Muslim ‘thing’. Even if it was Arabic, history tells us that the current Arabic letters came from Nabatean Aramaic letters. The numbers on the naira notes are still Arabic. Any student of mathematics history will tell you that our current numbers came from Arabic numbers. The later addition is the zero, which came from the Sanskrit language. Arabs called it sifr and the anglicised form is what we now call zero.

If you look at the original flag of Nigeria before the Union Jack and independence, you will notice that it has the symbol of Zionism, the Star of David, as it is called, in the centre. The same is on the penny coins of that era. This is clearly a Jewish symbol. The British colonialists were not Jewish, but they used the symbol all the same. Our hospitals all carry the symbol of the Cross, which Muslims consider blasphemy, as the symbol of a health facility. No one is addressing these issues among the non-Muslims complaining about Ajami. It was fairly recently that the Red Cross Society added the Red Crescent to their emblem for Muslim communities.

We also have the objections of people who understand it is not Arabic but Hausa written in Arabic characters. They say it is tribal imperialism because other languages are not there. Do these people remember who started putting Ajami on our money? I think they do not. The colonialists put Ajami on our money to solve a communication problem with millions of people who were used to a different writing system than the new one. They knew that many Northerners also avoided the missionary schools where their children were often converted forcefully to Christianity and given Christian names. This meant that only a small percentage of them would be able to read the new Latin letters. It was for them the coins and the notes had these extra inscriptions.

If the CBN had said that, since a large number of Hausa speaking, Ajami-literate people could now read Latin characters, they wish to remove the Ajami, it would have made better sense. Only that it would give birth to new questions: What is wrong with leaving it there? Does it cost extra to leave it? Does it harm anyone? Is it aesthetically unsuitable? Does it affect the use of the naira in any way? Stretching the argument, we could even ask, “Why put anything at all? Why not remove the Latin letters too and leave just numbers?” This is just addressing the flawed arguments people have been advancing so far. I agree that its original purpose is hardly relevant again but why not leave it for its historical, cultural and aesthetic values.

At the other end of the spectrum are the Muslims who say that removing it is an attack on Islam. To be frank, this is another silly argument. How is it an attack on Islam? Arabic predates Islam by centuries; how is the removal of a script based on its letters an attack on Muslims? We have to provoke serious thinking among ourselves in this country. I read of a claim that removing the Ajami script was a way to Christianise Nigeria. We should get an award for the most incredible claims on earth. These claimants no doubt belong in the category of those who do not know the history and purpose of the script on our currency notes and coins.

A respected brother and staunch defender of the rights of Muslims was a prominent proponent of that claim. He even added the new security mark that looks like the Star of David of the Zionists on the new 100-naira bill as further evidence of the ‘agenda’ to Christianise Nigeria. The respected brother got it wrong on both counts. The symbol he wrongly labelled as the Star of David is actually the superimposed squares that form an eight-pointed star that is widely used in Islamic architecture and in the design of the Quran called the Rub’ul Hizb. It has also become a symbol in recent times for the Church of Latter Day Saints who call it the Seal of Melchizedek. The president is not a Muslim and is not of that denomination. Emefiele of the CBN is Catholic. If you go to the National Mosque, you will find many eight-pointed stars as part of the aesthetics. I do not even want to mention the issue of Israelis which a Muslim, Babangida, started.

If we want to stand for justice and fairness, it must begin with ourselves. The Nigerian Army coat of arms has the inscription, “Victory is from God” written in Arabic (As Saf, 61:13). It is part of the Qur’an that we are using as the motto of our Army. We should demand its removal for two reasons. Firstly is the sacrilege of wearing Allah’s name on Army paraphernalia to the toilet and other filthy places including beer joints. The second reason is fairness. In a national institution that is not peculiar to one faith, it is unfair to use part of our scripture as motto. I guess most Christians and Muslims are unaware of this, as it would have started another bigots’ war.

At the foundation stone laying ceremony of the prestigious Ahmadu Bello University (ABU), someone took a photograph of the late Sardauna of Sokoto beside the marble plaque to mark the event. What struck me were the words underneath the rest. The sentence was in Arabic and although the picture here is grainy, anyone that is conversant with the Qur’an will tell you the words are from Surah12 (Yusuf):76: “…and over every lord of knowledge there is one more knowing.”

ABU is a federal institution funded with taxpayers’ money. It belongs to neither Muslims nor Christians. Why do we have a verse of the Qur’an there when there is no verse of the Bible? This is not fair and we should talk about it. This is however not the same with the logo of the school that is written in Arabic. The history of the school shows that Ahmadu Bello College for Arabic and Islamic Studies was part of what merged to become the second largest university in Africa in 1960. We understand, therefore, that the two languages were used to write the name of the institution.

All I ask the spirited Muslim is to sincerely put himself in the non-Muslims’ shoes and see if he would like the Quranic inscriptions on the Army emblem and the plaque. I also urge the ardent Christian to wear the Muslims’ shoes for a while and see whether he would be happy to see the cross as the symbol for public hospitals. We must hold ourselves to these exacting standards if we want change.

Muslims must demand the removal of the Qur’anic verses in the two institutions I have mentioned and other government owned places while Christians should ask that their religious symbols be removed from government-owned places too. In addition, the government must address the inequalities in holidays, the forced dressing/appearance in Christian attires for many professionals and other issues that both Muslims and Christians feel they are being oppressed or sidelined. Anything short of this will be hypocritical.

My submission on the Ajami script is that it is part of our cultural heritage and history of our monetary system. Just as we have the photographs of great men who helped shape our Central Bank’s history and the nation’s history on the bank notes, I advise that the CBN should leave the Ajami scripts. They are unique to Nigeria and the naira note looks shorn of a certain sentimental value when it is without Ajami. It causes no harm to leave it. On the other hand, if these entreaties do not cause any change of mind, I urge Muslims to be calm, as it does not harm us even if it was calculated to harm us.

An insult you are unaware of does not hurt you. Those who think they have gained a victory with its removal should know that bigotry does not add to anyone; it takes away from you. If the hatred for a people would bring about unintelligent arguments from otherwise eminent scholars, then what do you expect from less endowed people?

This piece was first published on December 26, 2014