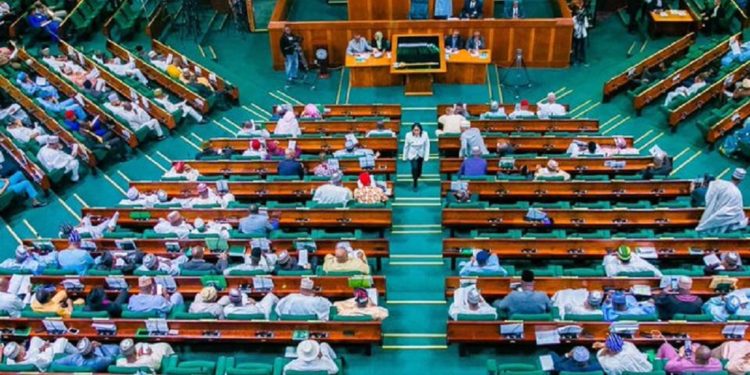 House of Representatives has invited the director-general of National Agency for Food and Drug Administration and Control (NAFDAC), Mojisola Adeyeye, for an explanation over the presence of ineffective disinfectants in the markets.

Others invited for the same purpose were the director-general of the Standards Organisation of Nigeria (SON), Farouk Salim, and executive vice-chairman of the Federal Competition and Consumer Protection Commission, (FCCPC) Babatunde Irukera.

They are to appear before the House Committee on Commerce and Industry to give the justification.

The invitation followed the adoption of a motion tilted “Call on the Federal Competition and Consumer Protection Commission to Investigate the Poor Quality of Toilet Clean Disinfectants used in Nigeria”, presented by Hon. Sergius Ogun (PDP, Edo) at the plenary yesterday.

Presenting his motion, Ogun noted that “sections 88 (1) and (2) of the Constitution of the Federal Republic of Nigeria, 1999 (as amended) laws made by the National Assembly empowers the lawmakers to investigate the activities of any authority executing or administering.”

According to him, “toilet cleaning disinfectants such as Harpic and Hypo used in most households in Nigeria are ineffective, poor quality and leave much to be desired.”

He expressed concerns that the televised advertisement runs at variance with the reality, saying they were misleading Nigerians.

“Section 17(e) of the Federal Competition and Consumer Protection Commission Act, 2018 empowers the commission to carry out investigations considered necessary or desirable in connection with matters within the purview of the Act. Concerned that toilet cleaning disinfectants such as Hapic and Hypo used in most households in Nigeria are ineffective, poor quality and leave much to be desired.

“Despite the poor quality of these toilet cleaning disinfectants, there are several television sponsored advertisements that are misleading unsuspecting members of the public who rely on such advertising product information to make purchases. Alarmed that most Nigerians utilize these disinfectants in cleaning their homes, offices, hospitals, churches and mosques without getting the value for money spent in purchasing such products,” he said.

Adopting the motion, the House mandated its committees on Commerce, Industry and Legislative Compliance to ensure compliance and report back within four weeks for further legislative inputs.

Don’t Cause Problem With Religious Based Tickets, Coalition Tells Politicians