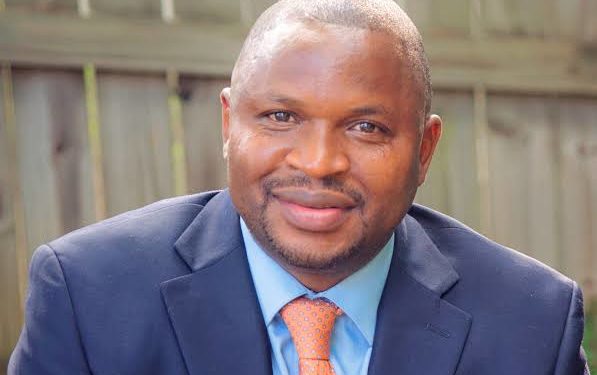 A Nigerian-American professor, author, media scholar, newspaper columnist, blogger and activist, Farook Kperogi, has warned that the deafening silence of the Rivers State governor, Nyesom Wike, since after losing the vice presidential slot of the Peoples Democratic Party (PDP) to Delta State governor, Ifeanyi Okowa, was “too loud to be ignored”.

He disclosed this on his verified Facebook page on Wednesday while reacting to the Labour Party’s presidential candidate, Peter Obi’s visit to Governor Wike this Wednesday in Port Harcourt. 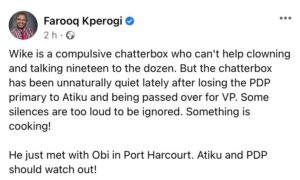 Kperogi, who apparently believed Wike was up to something, wrote: “Wike is a compulsive chatterbox who can’t help clowning and talking nineteen to the dozen. But the chatterbox has been unnaturally quiet lately after losing the PDP primary to Atiku and being passed over for VP. Some silences are too loud to be ignored. Something is cooking!

“He just met with Obi in Port Harcourt. Atiku and PDP should watch out!”