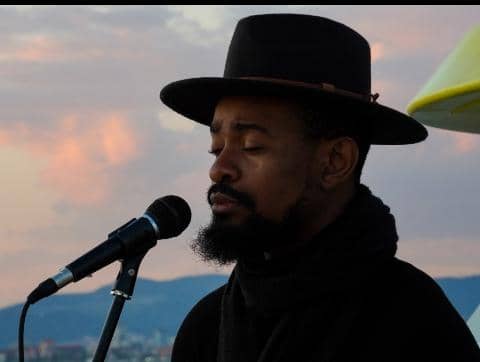 The new single is a follow-up song to “Friendzone”, which was previously released in February 2022.

“Someday I’ll Find You” is the second single off his upcoming studio album: Shades of Emotions.

Prior to now, Attih Soul has been famous for performing live concerts and has performed in Nigeria, Johannesburg, Russia, Spain, and Europe.

The song Someday I’ll Find You was produced by Theo Monteillet and has an Acoustic/Soulful feel, quite similar to hits from Damien Rice, Jacob Banks, Foy Vance, and Ed Sheeran.

Monteillet said with a very catchy chorus and an emotional storyline, Someday I’ll Find You is very easy to remember and sing along.

“The video of Someday I’ll Find You was also directed and shot by Koji Azevedo, Nexos Agency and Hikari Momentum), and was filmed in Barcelona City, with scenes from Trabanqueta Bar, La Rambla, and Barceloneta.

“The video captures a story of the artist (Attih Soul) picking himself back up and finding his purpose, after being rejected by a girl. In this video, it shows how Attih Soul returns to songwriting and performing, as a way of recovering from a heartbreak,” he said.

He holds a bachelor’s degree in Medical Biochemistry from the University of Calabar, and a double master’s in Leadership and Talent Management from the Catholic University of Murcia and Barcelona Executive Business School. Although Attih started singing from childhood, his music journey really started in 2011.

In 2017, Attih Soul was invited to write and perform the theme song for Nigeria’s Democracy Day Celebration, where he performed before the President, his entire cabinet, and other African Leaders in attendance.

In September 2020, Attih Soul was the first African to have ever made it to the Road to Yalta Festival in Russia, where he performed with the Li Otta Orchestra and Russian Music Legends: Lev Leschenko and Yaroslav Sumishevskiy. At the festival, Attih Soul was honored with an Award of Excellence by Russian Music Legend, Lev Leschenko and a gold-plated microphone, as he was dubbed “The Golden Voice from Africa” by the music Legend. From what our sources have gathered, Attih Soul is working on a lot of content and is also planning a mini-tour for the summer, to create anticipation and promote his upcoming album.