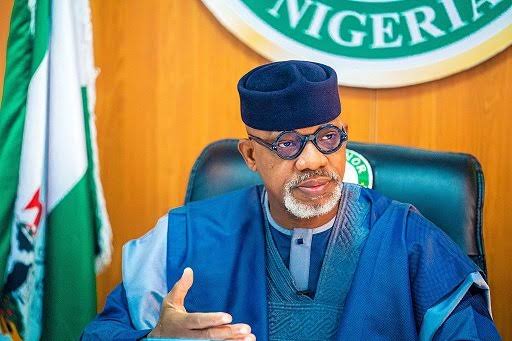 The students in Ogun state have commended the governor Dapo Abiodun for providing essential infrastructure across the State, describing him as the architect of modern Ogun State.

The students said governor Abiodun has shown decisiveness and vision at improving the fortunes of the State, despite the challenges faced by his administration.

They made the commendation in a communique issued after the joint congress of the students, which was jointly signed by the Chairman of the National Association of Nigerian Students (NANS), Ogun Joint Campus Committee (JCC), Comrade Simeon Kehinde Damilola and Comrade Ogunrombi Oluwagbemileke , National President, National Association of Ogun State Students, made available to journalists on Sunday.

The students body were particularly excited with the construction and rehabilitation of over 500 Primary Healthcare Centres (PHCs) and public primary and secondary schools, direct and indirect employment of over 40,000 youths in both agricultural and public sectors and construction of over 1,500 housing units among others.

“Over the last three years we have been following the activities of Governor Dapo Abiodun – led administration with keen interest and we make bold to say that Abiodun remains the best performing Governor in the history of the State.

“It is so obvious that Governor Abiodun deserves our commendation and support, given his performance in critical sectors like education, health, road construction, housing, agriculture among others.

“Governor Abiodun is dedicated and committed to leaving the State better than he met it, ensuring that every part of Ogun State is witnessing exponential development.

“In the last three years, the Governor has brought governance directly to the people. He has never embarked on any project without consulting with leaders of the party, community, traditional and religious leaders. The people always decide what they want before giving approval for such project. This is the beauty of democracy and what the State was deprived in the last administration”, the students said.

“Governor Abiodun has also done wonderfully well in the health sector. He has built new hospitals and refurbished existing ones, making the State Teaching Hospitals world class with massive provision of facilities and the recruitment of specialists.”