by John Mkom
in News
0 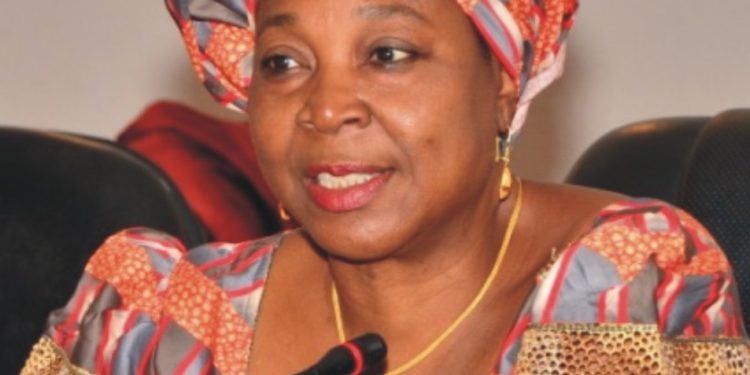 Wife of the Governor of Taraba State, Anna Darius Ishaku, has urged young female lawyers to be committed and dedicated to their professional duties.

Mrs Ishaku, a lawyer, gave the counselling during a mentorship programme organised by the Nigerian Bar Association Women Forum (NBAWF).

This was just as the NBAWF gave her an award of honour for her “meritorious services and support.”

The event, which was held at the conference hall of Hope Afresh Foundation, Jalingo, featured discussions on sexual harassment and career progression in legal profession, among other topics. The programme is designed to empower female lawyers to be successful in their professional career, the organisers said.

The governor’s wife stated that learning from seniors helps in improving performance and leads to mastery of the job.

“I urge you to pay keen attention and interest to what you will be taught here by your mentors,” Ishaku told the young female lawyers while appreciating the NBAWF for organising the event.

NBAWF chairperson, Prof. Oluyemisi Bamgbose (SAN), said the event, which culminated in presentation of gifts and certificates, was organised to provide a platform for young female lawyers to get mentors who will become their role models.

Bamgbose, who is the deputy vice chancellor of University of Ibadan, praised the governor’s wife for hosting the event and urged participants to put into practice what they will learn from the occasion.

The Chief Judge of the state, Justice Philibus Andetur, represented by Justice Clara Jummai Kataps, described the event as the best of its kind.

The state attorney-general and commissioner of Justice, Sam Adda, represented by the permanent secretary, Ministry of Justice and solicitor-general, Apwenyang Yamusa Shitta, told the gathering that “a mentor is someone who teaches, or gives help and advice to a less experienced and often younger person to enable him or her excel.”

The chairperson of NBA Jalingo local government council, Nana Hassan Ganki, said the event would boost the zeal of young female lawyers in carrying out their duties.